Former Kenyan president Uhuru Kenyatta has Friday arrived in Burundi capital Bujumbura to meetPresident Evariste Ndayishimiye, the chairman of East African Community Heads of State Summit, for talks on the crisis in the eastern Democratic Republic of Congo (DRC.

According to the Burundi state house, Mr Kenyatta is accompanied by the East African Community Secretary-General Peter Mathuki.

Earlier this week, the Burundi president said that after consulting with his counterparts, the regional heads of defence forces would meet as soon as possible to harmonise views on how to manage the security crisis in the east of the DRC.

Heads of defence forces of the EAC member countries are expected to meet and study the parameters of a concerted and sustainable response, which will be followed by an extraordinary summit of heads of state.

This comes as the armed confrontation between DRC forces and M23 rebels intensified in the eastern part of the country, forcing thousands of people to flee.

Congolese residents in Goma, a region that neighbours Rwanda, held protests, burning Rwandan flags while calling out Rwanda and Uganda to stop supporting the M23 rebels.

Kinshasa accuses Rwanda of supporting the M23 rebels, allegations that Rwanda has denied.

In June this year, Mr Kenyatta, who was then the chairman of the East African Community Heads of State Summit, ordered the deployment of regional forces in the DRC, a decision that came after M23 announced the capture of Bunagana city in the eastern part of the country, forcing hundreds of Congolese to flee to neighbouring Uganda.

The Kenya Defence Forces have already deployed its troops to the eastern DRC following a decision endorsed and adopted by regional leaders at the third EAC Heads of State Conclave on Peace and Security in Eastern DRC held in Nairobi in June 2022. 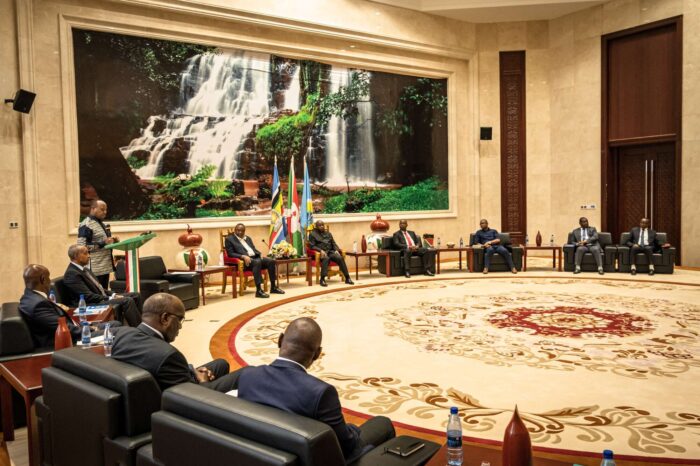