This week, a UK court validated plans by the UK government to resettle migrants in Rwanda despite outrage over the plan by human rights activists who dragged the government to court, claiming its migration partnership with Rwanda signed in April this year is illegal and violates human rights.

Reading the summary of the ruling, Lord Justice Lewis said: “ The court has concluded that it is lawful for the government to make arrangements for relocating asylum seekers to Rwanda and for their asylum claims to be determined in Rwanda rather than in the United Kingdom.”

However, he ordered the UK Home Office to reconsider cases of eight individuals who were due to be deported on the first flight which had been scheduled in June.

While an appeal by individual asylum seekers, activists, and migrant NGOs is expected to be lodged on January 16, the UK government says it is “ready to defend against any further legal challenges”.

“There is no evidence that the policy will work as a deterrent,” said Yvette Cooper, Labor’s shadow home secretary during a debate about the High Court’s decision in the House of Commons on Monday.

Cooper argued that the government has failed to stop criminal gangs that are putting lives at risk and is instead putting forward “an unworkable, unethical, extremely expensive Rwanda plan which risks making trafficking worse”

Despite facing resistance from the opposition, Home Secretary Suella Braverman said the ruling had ‘thoroughly vindicated’ the plan, and the host country — Rwanda “is a safe and dynamic country with a thriving economy” which has “an excellent record of supporting refugees and vulnerable migrants.”

Despite courting controversy with many questioning its motivation, Rwanda remains committed to implementing the agreement.

And the High Court’s decision could be seen as an endorsement of Rwanda’s increasingly wide open-door policy to refugees.

In a statement sent to the pro-government newspaper — The New Times, the government said it welcomed the decision.

“We welcome this decision and stand ready to offer asylum seekers and migrants safety and the opportunity to build a new life in Rwanda. This is a positive step in our quest to contribute to innovative, long-term solutions to the global migration crisis”

Since 1996, Rwanda has received over 76,530 refugees from neighbouring DRC and in 2019, it signed an agreement with UNCHR to host asylum seekers evacuated from Libya. Since then over 1,075 refugees have been relocated to Rwanda.

Most recently, in September 2021, Rwanda offered to host 250 staff and students from the School of Leadership Afghanistan, the first and only girls boarding school in Afghanistan.

Rwanda is expected to start processing asylum requests on behalf of Denmark after signing a Memoranda on Cooperation on Asylum and Migration in April 2021.

“Rwanda and Denmark are jointly exploring the establishment of a program through which spontaneous asylum seekers arriving in Denmark may be transferred to Rwanda for consideration of their asylum applications and protection, and the option of settling in Rwanda..” the statement reads in part.

It added that the agreement will be in full accordance with the two countries’ respective international obligations, including regarding refugees and the protection of human rights.

Unlike the UK, Denmark already passed a law that allows it to move refugees on arrival to asylum centers in a partner country to have their cases reviewed. It also announced that it would open an office in Kigali.

In a separate deal with Israel in 2018, Rwanda had accepted to host deported asylum seekers though it was later canceled by the then-Israeli Prime Minister Benjamin Netanyahu due to internal pressure in his government coalition. 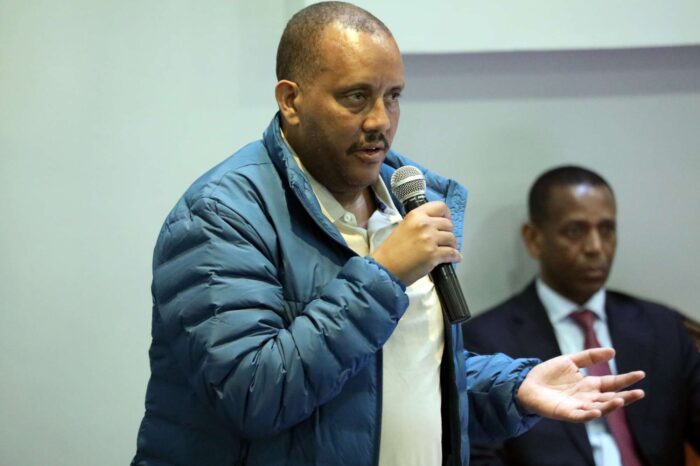