The plan by the British government on Thursday to send thousands of refugees denied entry into UK territory off to Rwanda, elicited political debate that could be Prime Minister Boris Johnson’s latest headache.

The Migration and Economic Development Partnership signed by the UK Home Secretary Priti Patel and Rwandan Minister for Foreign Affairs and International Co-operation Vincent Biruta is meant to help the British government tackle the continual flow of migrants attempting to reach the UK.

Many of them come from poor countries in West and Horn of Africa, and war-ravaged countries of the Middle East.

But UK officials say the migrants are seeking better economic opportunities and are victims of cartels it wants to end.

“This will see migrants who make dangerous or illegal journeys, such as by small boat or hidden in lorries, have their asylum claim processed in Rwanda. Those whose claims are accepted will then be supported to build a new and prosperous life in one of the fastest-growing economies, recognised globally for its record on welcoming and integrating migrants,” said a dispatch from the UK government.

But Mr Johnson, who is in the middle of a crisis over breach of Covid-19 restrictions he made, is being accused of diverting attention. His political nemeses said he has created new problems trying to solve one.

For one, it will involve a heavy budget of £50 million ($65.25 million to conduct aerial, sea and other military patrols to catch the illegals. Those caught are to stay in jail for a long time, Mr Johnson said, arguing the country already spends at least £4.7 million ($6.3 million a day managing refugees.

Nicola Sturgeon, the First Minister of Scotland and leader of the Scottish National Party labelled it “a despicable policy on its own terms.”

“But add the fact that it’s being set out today to distract from “party gate” and you see the utter moral bankruptcy of this Tory government laid bare. Shameful,” she said.

She ripped the policy, even as Mr Johnson defended it as being “fully compliant with our international legal obligations.” According to the Prime Minister, the policy is to ensure “controlled immigration through safe and legal routes which enables us to make generous offers of sanctuary while managing the inevitable pressures on our public services.”

“The quid pro quo for this generosity is that we cannot sustain a parallel illegal system,” he said on Thursday.

PM Johnson sees this programme as part of UK’s overall ambition to control its own borders after it left the European Union formally two years ago.

But it was facing legal, if not moral questions. Those countries who have tried it such as Israel and Australia were in the past criticised for creating permanent detention centres, according to one report by Amnesty International.

On Thursday, the UK Refugee Council, a charity group that provides asylum support services, warned the reshipment of refugees could cause them long-term mental anguish.

“The UK Government is lurching from one inhumane policy to the next in relation to the lives of refugees, none of which address the reason why people take perilous journeys to find safety in the UK,” said Enver Solomon, CEO of the Council. “The decision to send those seeking sanctuary in our country to Rwanda is cruel and nasty. Treating people like human cargo by using the force of military to repel vulnerable people who have already endured extreme human suffering and expelling them to centres in Rwanda, a country with a questionable record on human rights, is dangerous, cruel and inhumane.”

Rwanda, which already hosts more than 800 refugees, is also accused of forcing its own citizens into exile. Lewis Mudge, the Central Africa regional director for Human Rights Watch said UK had ignored reality in describing Rwanda as a safe country.

“Rwanda is a country that does not respect rule of law nor some of the most fundamental human rights,” he told The EastAfrican.

“Anyone even perceived as critical to the government or its policies can be targeted. Most worrying is that the Prime Minister’s assertion completely contradicts his own government’s analysis. Just last year, the UK government called Rwanda out on its appalling human rights record and urged the country to ‘model Commonwealth values of democracy, rule of law and respect for human rights.” 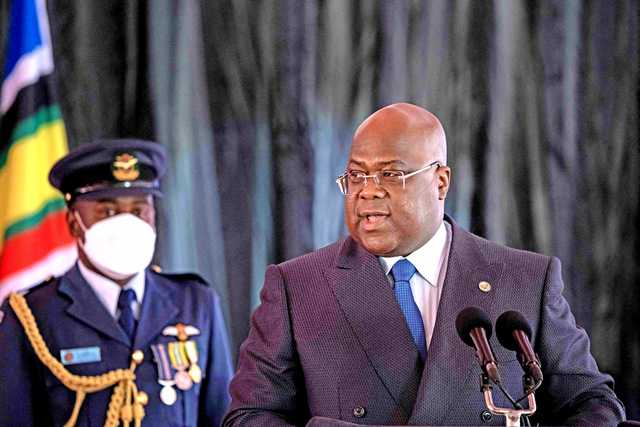 Two-month window for Kinshasa to align budget with EAC