Ukraine is rallying African countries to change their stance and start condemning Russian invasion of its territory, in the latest diplomatic push to seek support from the continent.

Dmytro Kuleba, the Ukrainian Foreign Minister, on Thursday told African journalists he was pleased with the “right direction” taken by some countries from abstaining or voting in favour of a UN resolution to condemn Russia’s referendum to annex Ukrainian territories. He said, however, there was need to show more support against the war.

“The world is united in support for Ukraine, including many African countries,” Mr Kuleba said in a digital press briefing from Ukraine. “An overwhelming 143 UN member states voted for the resolution to defend Ukraine’s territorial integrity.”

Read: Why African Union is calling for peace talks to end Russia-Ukraine war

“I was particularly pleased to see that all four countries that I visited in Africa—Senegal, Côte d’Ivoire, Ghana and Kenya—supported this resolution. I am deeply grateful for their clear stance.”

Mr Kuleba was referring to Wednesday’s vote by the UN General Assembly, its second vote in a year, in which Russia was reprimanded for encroaching on Ukrainian territories after it annexed of Donetsk and Luhansk in Ukraine’s east, and Kherson and Zaporizhzhia in the country’s south after a ‘referendum’ in which Moscow said locals had “overwhelmingly” voted to join Russia.

Russia, Belarus, North Korea, Syria and Nicaragua voted against the UN resolution but the overall 143-5 tally means the UN had rejected the referenda, with 35 members abstaining.

Wednesday’s vote surpassed the one in March in which the Assembly passed a resolution condemning Russia’s invasion of Ukraine in February and calling for it to end. At the time, Eritrea was the only country in Africa that voted for Russia. On Wednesday, Asmara abstained from the vote on annexation of Ukrainian territories.

In the region, Rwanda, the Democratic Republic of Congo, and Somalia also voted to support the resolution, while Tanzania, Uganda, Burundi, and Ethiopia abstained.

Three African countries: Senegal, Madagascar, and Angola, which abstained in the March 2022 UN vote condemning Russia’s invasion of Ukraine, have since shifted their standpoint and voted in favour of Wednesday’s resolution denouncing Russia’s annexation of four Ukrainian regions.

Mr Kuleba maintained that rallying up support for Ukraine’s territorial integrity was not the gist of his visit to Africa, but rather to advance the relationships between his country and the continent.

The minister was last week on an official tour of Africa where he visited Senegal, Cote d’Ivoire, Ghana, and Kenya, before cutting the trip short after Russia fired missiles into Ukraine on Monday, which escalated the eight-months-long conflict between the two eastern European countries.

The tour, Mr Kuleba said, was mainly meant “to build new quality partnerships between Ukraine and African nations,” based on the pillars of mutual respect, support, and benefits, and “not directed against any third country.”

He said Ukraine will improve its ties in Africa with a training programme targeting African diplomats, as well as frequent exchanges. The diplomats’ training and exchange programme is one of the several first-fruits of Mr Kuleba’s four-day tour to Africa, with the growing support for Ukraine at the United Nations General Assembly.

“There are many things that African nations can get from Ukraine,” the minister said, listing reliable supply of grain, technology, energy, and education through student exchange programmes, once normalcy resumes.

“We have signed memorandums according to which Ukraine will provide training to African diplomats in various areas,” Mr Kuleba told African journalists at a press conference after his tour to Africa on Thursday.

“Equally, Ukrainian diplomats will be happy to learn from the experience of diplomatic schools of African countries.”

In his visit, Mr Kuleba was accompanied by a business delegation which held business forums in each of the four countries he toured and Ukraine’s special advisor for African affairs continues touring the continent in a bid to advance relations.

The business relations, especially in trade of grains, is beneficial to both countries.

In the aftermath of Russia’s invasion of Ukraine, many African countries have recorded an exponential surge in food and commodity prices, exacerbated by drought and domestic conflicts.

Most countries in the continent are net food importers, with many getting more than 70 percent of their grain from Russia and Ukraine.

The successful efforts made in July to ensure Ukrainian grain sailed to hunger-struck African countries has helped keep the prices at bay, but the recent shelling by Russia risks reversing the efforts, Mr Kuleba said.

To Kyiv, continuing to trade with African countries will enable it raise enough funds to mount a strong defense against Moscow.

“Winning the war will not be possible for Ukraine if we don’t have enough funds to finance it. We must, therefore, continue trading proactively and find new trading partners to keep our country’s revenue sources open,” Mr Kuleba said.

“Each Russian rocket is hitting not only Ukrainians, [but] it also harms the quality of life for Africans. This is why it is so important to support Ukraine so that we can end this war sooner rather than later. This is in everyone’s interest.” 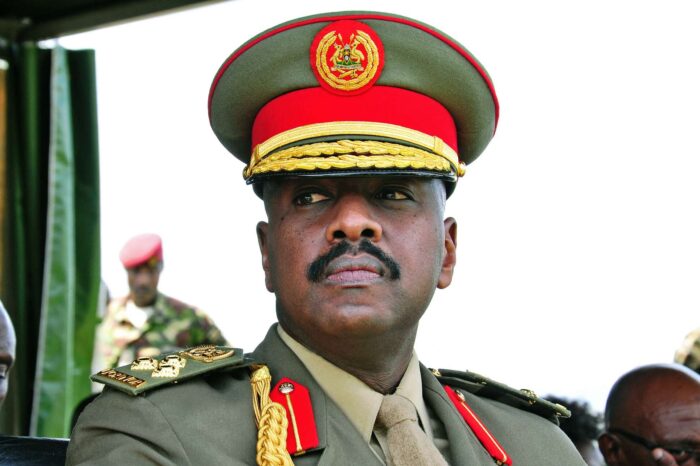