UN chief Antonio Guterres warned Monday that the situation in Ethiopia was “spiralling out of control” as fighting raged in the north of the country and the government vowed to seize control of airports and other sites in Tigray.

International alarm has been mounting over the upsurge in combat in Tigray, where Ethiopian forces and troops from neighbouring Eritrea have stepped up an offensive near the city of Shire.

“The situation in Ethiopia is spiralling out of control. Violence and destruction have reached alarming levels,” Guterres told reporters at the United Nations.

“Hostilities in the Tigray region of Ethiopia must end now,” he said, also calling for the “immediate withdrawal and disengagement” of Eritrean forces.

The EU and US also issued urgent appeals for a halt to the fighting, following on the heels of a call from the African Union for an immediate and unconditional truce.

Since the war began almost two years ago between federal forces and the Tigray People’s Liberation Front (TPLF, untold numbers of civilians have been killed, two million people have been driven from their homes and millions more are in need of aid.

AU Commission chair Moussa Faki Mahamat on Sunday urged the rivals to “recommit to dialogue” after both sides accepted an invitation to peace talks in South Africa that later failed to take place.

Fighting resumed between the warring sides in August, shattering a five-month truce that had allowed limited amounts of aid into Tigray, with both sides blaming the other for firing first.

Prime Minister Abiy Ahmed’s government said in a statement Monday it was “committed to the peaceful resolution of the conflict through the AU-led peace talks,” without addressing the ceasefire call.

But it said it would also pursue “defensive measures” to protect Ethiopia’s sovereignty and territorial integrity from internal and external threats, accusing the TPLF of colluding with unnamed “hostile foreign powers”.

“It is thus imperative that the Government of Ethiopia assumes immediate control of all airports, other federal facilities, and installations in the region.”

The authorities in Tigray had said Sunday they were “ready to abide by an immediate cessation of hostilities” and called on the international community to press the government to come to the table.

Reacting to the GCS statement, TPLF spokesman Getachew Reda told AFP in a message: “It’s a clear indication that the government and its ally will do everything to carry through their genocidal intent against the people of Tigray.”

Tigray and its six million people are virtually cut off from the outside world, facing dire shortages of fuel, food and medicines and lacking basic services such as communications, electricity and banking.

Civilian casualties have been reported in heavy shelling as Ethiopian and Eritrean troops wage an offensive near Shire, a city of about 100,000 people that lies about 140 kilometres (90 miles from Tigray’s capital Mekele.

The International Rescue Committee said one of its aid workers was among three civilians killed in an attack in Shire on Friday while delivering humanitarian aid to women and children.

The US State Department urged Ethiopia and Eritrea to immediately halt their offensive, also calling for Eritrea to withdraw and for Tigrayan rebels to “cease any additional provocations”.

“We continue to be deeply concerned over the reports of increasing violence, the loss of life, the indiscriminate targeting of civilians,” spokesman Vedant Patel told reporters.

EU foreign policy chief Josep Borrell issued a similar plea, saying in a statement he “deplores the dramatic escalation of violence and the irreparable cost to human life”.

US aid chief Samantha Power on Sunday warned “the risk of additional atrocities and loss of life is intensifying” around Shire, and accused Ethiopian and Eritrean forces of indiscriminate attacks.

Britain’s minister for Africa, Gillian Keegan, said on Twitter she was “appalled” by Friday’s attack, lamenting that it was the 24th aid worker killed in Tigray since the start of the conflict.

Addis Ababa said it “deeply regrets any harm that might have been inflicted on civilians, including humanitarian personnel”, adding it would investigate such incidents.

UN investigators have accused all parties to the conflict of atrocities that could amount to war crimes or crimes against humanity.

Access to northern Ethiopia is restricted for journalists, making it often impossible to verify the situation on the ground.

Abiy, who won the Nobel Peace Prize in 2019 for his rapprochement with Eritrea, sent troops into Tigray in November 2020 after accusing the TPLF of attacking federal army camps.

The TPLF had dominated Ethiopia’s ruling political alliance for decades before Abiy took power in 2018 and sidelined the party. 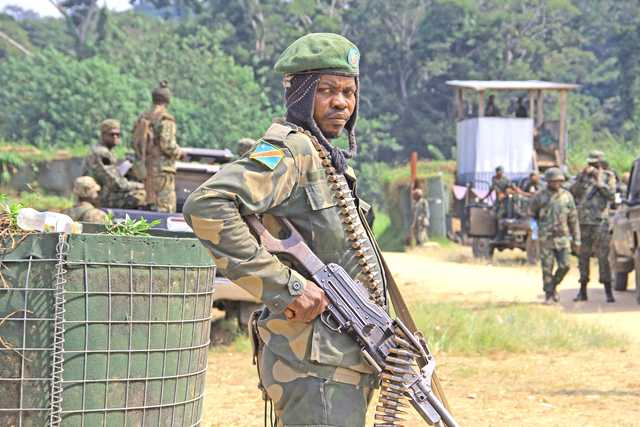