The United Nations Security Council on Tuesday ended the arms purchase ban on the Democratic Republic of Congo (DRC, freeing the country’s military to buy new weapons without having to seek permission from the global body’s sanctions committee.

The unanimous decision also extended the mandate of the UN Stabilisation Mission in the Congo — commonly referred to by its French acronym Monusco — by a year to December 2023. Monusco will now have a pre-written working relationship with the East African Community Regional Force (EACRF and the armed forces of the Congo (FARDC to defeat armed groups.

But it is the unbanning of the weapons purchase that was crucial.

For years, Kinshasa was required by the Council to first notify the sanctions committee of weapons it intends to buy, eliminating an element of surprise on armed groups who were usually armed better than the national forces. DRC had been under an arms embargo, with the argument that allowing it a free hand to buy weapons was fuelling conflict as some of the arms bought were leaking to the many armed groups in the eastern parts of the country.

on Tuesday, the UN Security Council ended the prior notification procedure for the purchase of arms and military equipment by the DRC.

Since 2008, under the notification procedure, arms suppliers had been obliged to notify the UN in case of purchases of all types of arms by the DRC.

On several occasions, DRC representatives pleaded for the lifting of this “embargo” as suppliers refused to deliver equipment or ammunition to the country.

Early this month, during a debate in the Security Council, the United States stated that the notification procedure should be maintained.

On Tuesday, it was France that presented Resolution 2667, which was voted for unanimously, and which adjusted the arms embargo on DRC, removing the need for the FARDC to first ask for permission from the sanctions committee of the UN Security Council. However, Resolution 2667 retained the embargo on non-state actors including armed groups.

France presented the resolution just a day after condemning Rwanda’s support for the M23 rebels.

UN Security Council members said they recognised the “precarious security situation on the ground” in the DRC, where a multitude of armed groups have made parts of North and South Kivu and Ituri very dangerous areas, and this has been going on for over 25 years.

During the debate, Kenya’s Permanent Representative Martin Kimani, said the lifting of the notification requirement is a critical win for DRC. Dr Kimani said it will now be easier to equip the FARDC to fight the armed groups. Kenya had been vocal against sanctions on DRC, arguing that they crippled the rebuilding of the Congolese army.

The United Kingdom too welcomed this adoption, calling it an “important tool for monitoring the flow of arms to armed groups in the DRC”.

In Kinshasa, the lifting of the embargo is seen as a victory for its diplomatic efforts by President Felix Tshisekedi’s government.

On Tuesday, the Congolese government welcomed the resolution saying it “redressed an injustice that prevented our country from freely acquiring military equipment to enable the DRC’s armed forces (FARDC to have the necessary capacity to defend the country”.

The Council voted against the notification procedure “because of the current security challenges. We hope that the decision taken by the Council today will help the DRC government to restore state authority in the east of the country and end the cycle of violence,” said the UK representative to the UN.

The Congolese government says it takes note of the extension of Monusco’s mandate. The government nevertheless reaffirmed “determination to continue implementing the plan for the gradual and phased withdrawal of Monusco in accordance with the will expressed by the Congolese people”. 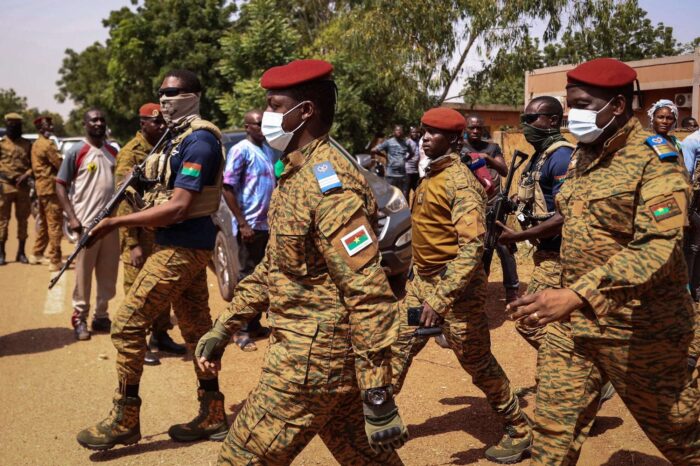