The US has revisited the controversial accusation of Rwanda’s role in supporting the M23 rebels in neighbouring eastern DR Congo, asking Kigali to stop supporting the armed group now blamed for renewed fighting.

In a phone call with President Paul Kagame, US Secretary of State Antony Blinken called for an end to “any external support to non-state armed groups in the DRC, including Rwanda’s assistance to M23″.

“Secretary Blinken expressed strong support for regional mediation and dialogue led by Angola and the East African Community. He also shared deep concern about the impact of the fighting on Congolese civilians who have been killed, injured and displaced from their homes,” the statement read.

Mr Blinken also condemned the resurgence of hate speech and public incitement against Rwandaphone communities in DRC, recalling “the real and horrible consequences of such rhetoric in the past”.

In response to the call, Rwanda’s Minister of Foreign Affairs Vincent Biruta stated on Twitter that “differences in understanding of the issue remain, and [a] wrong and misguided approach of the international community continues to exacerbate the problem”.

Dr Biruta emphasised that Rwanda does not support the M23 and that the rebel group should not be associated with Rwanda and that it is not his country’s problem to solve.

“The security concerns of Rwanda need to be addressed, and where others may not feel obliged to, Rwanda is and will continue to do so,” Dr Biruta said.

The Minister added: “A lasting solution requires the responsibility to be placed where it belongs:

“1. The dysfunction of the DRC government and its institutions, and the support to FDLR.

“2. External interference and dictates in regional and continental efforts that serve to shield DRC from accountability and emboldens them to be unresponsive to commitments made through ongoing processes.”

The meeting between Mr Blinken and Rwandan officials is the third and latest attempt by the US to calm tensions between Rwanda and its neighbour DRC over the M23 rebels.

Following an official visit to Kigali in August, Mr Blinken and Dr Biruta held private talks on the side-lines of the G20 Summit in Bali last month where the US official urged Rwanda to take steps to facilitate de-escalation in eastern DRC where Congolese forces are engaged in a battle with M23 rebels.

But there were scanty details of what transpired in the meeting as the two did not host a press conference.

Rwanda has categorically denied supporting the M23 rebels and instead accuses the DRC of providing support to FDLR rebels. Both countries continue to trade blame over the issue as efforts to halt conflicts remain futile.

DRC has reported that around 300 civilian lives lost in one week during the latest violence that started just five days after a ceasefire was agreed upon between the rebels and Congolese forces. 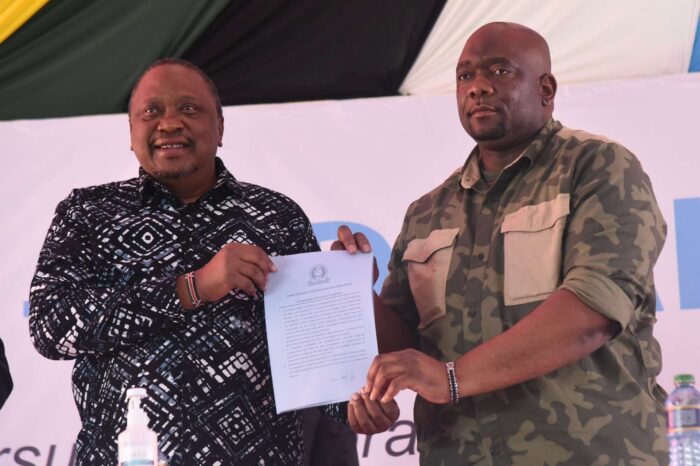