US targets Russia’s veto powers in latest fight on Ukraine

The US is rallying members of the United Nations to adjust its rules of practice on the power of the veto, in a move to reprimand Russia’s blocking of resolutions on Ukraine.

The US-backed draft resolution was first floated by Liechtenstein and seeks to have the UN General Assembly convene automatically whenever a permanent member of the UN Security Council vetoes a resolution brought before the Council. The US says this will stop “Russia’s shameful pattern of abusing its veto privilege over the past two decade.”

The proposed resolution says the President of the UN General Assembly will decide to “convene a formal meeting of the Assembly within ten working days of the casting of a veto by one or more permanent members of the Security Council, to hold a debate on the situation as to which the veto was cast, provided that the General Assembly does not meet in an emergency special session on the same situation.”

Should this be endorsed by the Assembly, it will also mean that the UN Security Council will be required to submit a report on the use of the veto to the Assembly at least three days before the debate in the Assembly where precedence of speakers will be given to vetoing powers.

Liechtenstein, which tabled the draft on Tuesday, said 38 other countries had endorsed the draft whose approval will give “a meaningful step to empower the GA (General Assembly and strengthen multilateralism,” according to a statement from the country’s Permanent Mission to the UN.

“The cosponsors will formally present the draft resolution to Member States next week – the next step in the process. We encourage all States to cosponsor and support and look forward to an early adoption.”

It was unclear on Wednesday how many African countries were backing the resolution.

A Kenyan diplomat told The EastAfrican that Nairobi has been working with other countries to push for reforms in the Council “given nearly every one of the P5 (five permanent members has abused the veto.”

African countries have generally called for the inclusion of at least one permanent member from Africa.

The Security Council, composed of five permanent members and ten non-permanent members, is the UN’s most powerful body mandated to maintain international peace and security.

Under Article 24 of the UN Charter, it acts on behalf of the General Assembly and can authorise an external intervention, sanctions or any other decision that may help bring peace.

The five permanent members—Russia, France, UK, China and the US—have powers to veto substantive resolutions which means they cannot be implemented with any of their opposing votes.

Originally, this power was granted to them to oppose decisions that may not help world peace and security. They didn’t have to explain it to the Assembly.

“The United States takes seriously its privilege of veto power; it is a sober and solemn responsibility that must be respected by those Permanent Members to whom it has been entrusted,” said Linda Thomas-Greenfield, US Ambassador to the UN.

The UN General Assembly resolution on the veto will be a significant step toward the accountability, transparency, and responsibility of all of the Permanent Members of the Security Council members who wield its power.

But they have been accused of placing own interests first.

Russia, for example, last month vetoed a resolution brought to the Council to condemn its “aggression” on Ukraine, after it invaded the country and labelled it “a special military operation.”

It also threatened to use the veto when the matter of humanitarian situation on Ukraine was brought to the Council.

Nonetheless, 141 countries in the UN General Assembly later voted to condemn its “aggression” when the Assembly convened in a rare “emergency special session” in March.

The US itself has used the veto, especially on issues related to Israel and Palestine.

Last year, Washington blocked a joint statement to condemn Israel’s military response to attacks from Palestine. It also blocked resolutions in the past that had exposed US troops to potential prosecution at the International Criminal Court.

Both Russia and China have in the past blocked resolutions to investigate chemical weapons usage in Syria, and Moscow also vetoed a resolution for an observer mission in Georgia, a former Soviet Union member it had also invaded.

Although UK and France often prefer abstinence, they used it in the years before 1990. 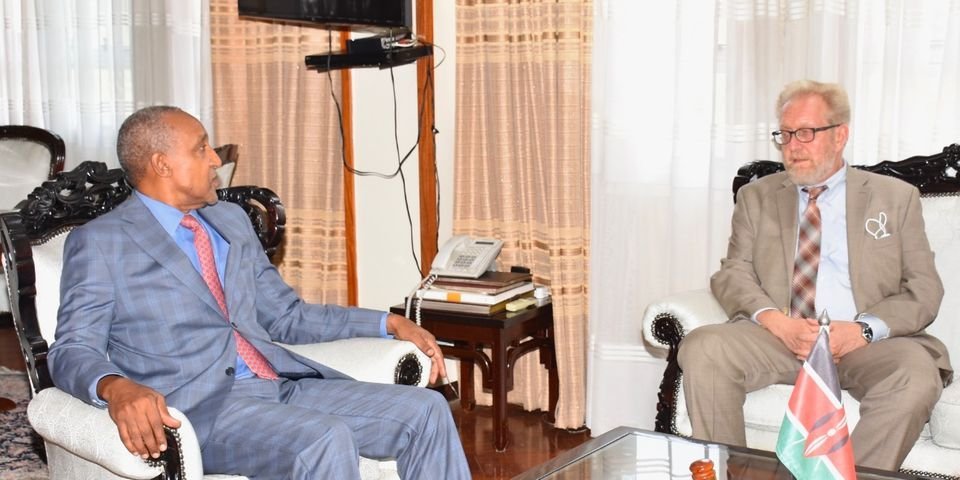 Russia to Kenya: Blame US and EU for high food, fuel prices