Why Ethiopia peace deal banks on Eritrea’s next military move

The question of whether the peace deal in the Ethiopian conflict will hold depends on the next steps to be taken by Eritrean forces, a crucial party to the war but whose post-conflict engagements have not been explained.

On Friday, the Ethiopian government had a public clash with the Tigray People’s Liberation Front (TPLF, a first verbal exchange since the two sides signed a cessation of hostilities agreement on November 2, in South Africa.

The bone of contention was claims that food and other aid was now “flowing” to Tigray after authorities reopened the arteries of transportation that had been under blockade for months but according to the TPLF, this is not true and they blame Eritrean forces for the continued blockade.

“Even to the areas not yet held by ENDF, 35 trucks of food and three trucks of medicine arrived in Shire,” he said referring to a crucial battleground in Tigray.

“Flights are allowed. Services are being reconnected. The agreement just provides opportunities to enhance services. No hindrance whatsoever regarding aid. Some corners don’t seem happier by the fact that African wisdom brought a success in Pretoria and are hustling to spoil the spirit,” he said on Friday, referring to the venue of the peace deal in South Africa.

In refuting the “aid is flowing” claim, The TPLF’s Kindeya Gebrehiwot, head of Tigray External Affairs Office said that crimes were still being committed, 10 days into the peace deal.

“Killing, kidnapping and shelling around Shire and AdiDaero [in]Tigray continues by Eritrean forces,” he said Friday.

“There is [a] flock of Eritrean civilians including women on a looting mission as spotted today at Shire after curfew and they do all evil things in darkness,” he added.

Eritrea did not comment on the TPLF allegations but Asmara has been silent on the war since the cessation of hostilities agreement was signed. It had, however, often cited the TPLF as aggressors who must be totally annihilated.

“They rarely communicate what their actual sense of events is. But we can deduce a number of things. Essentially this was a continuation of the Ethiopian-Eritrean border war,” argued Murithi Mutiga, the Africa Programme director at the International Crisis Group (ICG. He was referring to the war fought between Ethiopia then under the TPLF and Eritrea between 1998 and 2000.

Mr Mutiga told a podcast by the ICG this week that the bad blood from that war fuelled Eritrean participation in the conflict, even though Ethiopian Prime Minister Abiy Ahmed had initially been motivated in only wresting power from the TPLF.

“For the Eritreans, there was an unfortunately more sinister motive, from the way they conducted themselves that this was one of vengeance. And the Ethiopian government obviously recognises that for it to have a chance to bring the country together, they needed a deal. I am not sure that is a perspective shared by Eritrea,” he said.

Fears are real that a disarmament by the TPLF will not proceed if Eritrea continued its attacks inside Tigray.

This week, talks between the senior commanders of the ENDF and the Tigray People’s Liberation Front (TPLF kicked off to speed up the disarmament programme.

All eyes on commanders

As part of the agreement signed last week in Pretoria following 10 days of negotiations between the leaders of the Ethiopian government and Tigray, a meeting was to be organised within five days for the senior commanders to “discuss and work out the modalities on its implementation including, disarmament issues.”

A statement from the African Union said the meeting would result in agreements on the “modalities for silencing the guns, humanitarian access, and the restoration of services in the Tigray region.”

Getachew Reda, TPLF’s spokesperson, said they are committed to honouring the agreements made in Pretoria, “but more importantly, we leave to the commanders to figure out how to implement the agreement that we agreed on.”

“It is time for the very people who have a deeper understanding of the situation on the ground, to talk about how to go back and make sure that whatever happens is going to result in lasting peace,” he added.

In exchange, Ethiopia is to ensure sufficient humanitarian supply, resumption of services and unbanning of TPLF as a terror group, besides ceasing aerial bombardments of Tigray.

“Political leaders have signed the agreement, but now, our military leaders will pave the way to expedite the implementation,” said Hussien at a press briefing before the meeting in Nairobi.

“Once they reach agreement today and tell us if it’s safe and how to go, maybe by end of this week or by beginning of next week, we have to allow the trucks to take the food to Tigray.”

Present at the talks are ENDF’s chief of defence Marshal Birhanu Jula and TPLF’s head Gen Tadesse Worede, alongside other senior commanders drawn from the militaries of both parties.

AU’s envoy to the Horn of Africa region Olusegun Obasanjo and Kenya’s former president Uhuru Kenyatta, who were part of the three arbitrators leading the talks in South Africa last week, are also part of the talks.

Mr Kenyatta, who has been at the helm of Kenya’s peace efforts in the region since his time in office as Kenya’s president, said he is confident that at the conclusion of the meeting, the two parties will be “colleagues working together for the betterment of their country and our region.”

“We are here as facilitators, convinced that these brothers who know each other, will be able to work and formulate together the best way to bring a permanent cessation and resolution to the problem that has confronted them in a peaceful way,” he added. 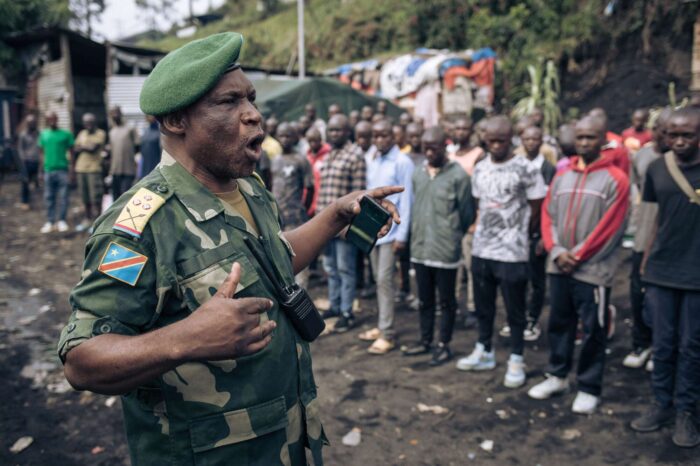