The attempt may have been wobbly and snide but it still stood out as an act of defiance when General Muhoozi Kainerugaba, President Yoweri Museveni’s son, insisted that no one – and he put that in capital letters – would stop him from anything.

Muhoozi was responding, on his Twitter account, to an interview in which his father threatened to stop him from tweeting.

“We have had this discussion,” the president said, “he will leave Twitter.”

Muhoozi’s twitter account, with more than half a million followers, has been the headache of Ugandan civil servants and his father. On more than one occasion, government ministries and departments have had to issue clarifications and apologies over tweets sent out by the general.

And yet, even with the most recent spat in which Museveni had to issue an apology to the Kenyan public and field a call with President William Ruto, Muhoozi has remained defiant. He has waded into public debate across the region occasionally posting praise for East African leaders.

In the past week, Muhoozi has heaped praise on President Samia Suluhu Hassan of Tanzania, apologised to Kenya’s William Ruto and publicly hailed and spent time with Rwanda’s President Paul Kagame.

The open defiance has caused jitters inside the ruling party, causing two youth groups to openly campaign and endorse Museveni as the sole candidate for the next elections, which are not due for another four years.

Gen Muhoozi continues, through his Twitter account, to construct a sphere of influence that places his interests in the presidency, starting with the 2026 election.

Close friends, some of whom chaired his birthday celebrations, have openly tweeted asking for “fresh ideology.” Arinaitwe Rugyendo, a close friend of Muhoozi, tweeted and received an immediate response from Balaam Barugahare, another very close friend of the First Son, stating that the answer was Muhoozi. A month before the tweets, Balaam had openly told the president at a campaign rally in western Uganda that Muhoozi was a “standby generator.”

At his pipping party, Muhoozi himself asked a group charged with political mobilisation, the MK Army, to assert themselves and prove their worth.  He was quick, though, to jump to their defence, saying they were not “against government” but defence groups against “the opposition.”

On Friday, he seemed to admit that he had been sacked.

“Some people convinced my father to sack me from my former job. I still love my big brother, Uhuru Kenyatta, and I am more than confident that Almighty God is on my side!!!” he tweeted.

General Muhoozi Kainerugaba when he was being sworn in as the new Ugandan Chief of Defence Forces in Kampala on January 17, 2017. PHOTO | PETER BUSOMOKE | AFP

The increasing public display of defiance by Gen Muhoozi, most of it tolerated by his father, has raised eyebrows in political circles. For one, no serving army officer in Uganda’s history has enjoyed the latitude of opinion and freedom without sanction as Muhoozi has. Equally, no serving army officer has constituted a political support group in the manner Muhoozi has without sanction.

Groups like Team Chairman, Revolutionary Guard, MK Army, MK Originals, all of whom campaign openly for him to throw his hat in the ring in 2026 for the presidency have not been descended upon with the wrath and heavy hand that previous political organisations have. And, even more peculiarly, most of them are led by brothers of the president – uncles of Muhoozi.

On a collision course

Supporters on both sides of the divide, for or against anything associated with Museveni, seem to be nudging the president and his son on a collision course.

The son has been speaking about his contribution to the country, political ability and why he deserves a (top) seat.

“I will be the ‘Mahatma Gandhi’ or ‘Great Soul’ of East Africa! I shall unite our countries… according to the commandments of our God! Jesus Christ our God be praised always,” he tweeted recently, referring to India’s iconic non-violence proponent and independence hero.

In reference at a party hosted after he handed over the office of the Commander of Land Forces recently, Muhoozi said, “I thank President Museveni for giving me this opportunity. I am happy to be with my generation.”

Hadijah Namyalo one of the National Resistance Movement (NRM) party leaders supporting a seventh term for Museveni, says the country needs the services of Muhoozi as an army commander.

“He cannot contest the presidency,” she said. “The country still needs President Museveni badly. Since he is still fresh blood, we ask him (Muhoozi) to handle issues of the army and security while Museveni accomplishes the task ahead of him.”

But NRM spokesperson Emmanuel Domb says such calls are not the position of the party.

“If they say they are happy with what the chairman has done, they are free to express their feelings,” he said.

Opposition MP Wilfred Niwagaba says such groups are sponsored by the party and such calls have always ended up as official party positions.

The calls to remove term limits and age limits started as individual or group calls, only for President Museveni to endorse them and benefit from them.

In 2015, afraid that former prime minister and party secretary-general Amama Mbabazi had done enough groundwork to challenge Museveni, the party passed a resolution to ring-fence the party flag-bearer position. Although Museveni showed no interest in the proposal, the proposer, Evelyn Anite, was soon rewarded with a ministerial position. Mr Mbabazi was later to contest the presidency under a different political formation, having lost his position and favour in the NRM. He performed poorly.

Whether the calls are meant to thwart Gen Muhoozi’s moves or the normal procedure of the party trying to prepare the country for a Museveni’s candidature come 2026 is still not clear.

At the beginning of this month, Vice-President Jessica Alupo, Minister of Internal Affairs Gen Kahinda Otafiire, Defence Minister Vincent Sempijja, and many other senior NRM leaders reportedly endorsed Museveni as the sole candidate for the 2026 race.

President Museveni, who never gives a clear line on succession, recently told Kenyan TV station KTN that it was not up to him to determine who succeeds him.

“Uganda has owners. The issue is not who leads, but what has to be done,” he said, implying that Ugandans will assess what needs to be done and pick their next leader.

Commenting on his son, whose rise to fame has largely been his use of social media, especially Twitter, Museveni said Twitter may not be the right place to judge someone’s potential to win a presidency.

“Ugandan leaders are not elected by Twitter; they are elected by the people. So, if anybody has got interest in leadership, when the time comes, they will be audited, and he (Muhoozi) will be audited. Whatever he was saying will be part of the audit,” he said.

Gen Muhoozi, who said he joined the army on August 14, 1999, said he was passionate about the army and wants to transfer that passion to working with and for the youth. “I think we can make a positive change,” he said.

Generals who spoke before him such as Lt-Gen Otema Awany assured him of their support, saying the future belongs to him if he stays focused, and firm.

Museveni’s brother, Gen Salim Saleh, one of the most respected military officers and Museveni’s most trusted official in Uganda, heaped praises on Gen Muhoozi for bringing a new dimension into the army formations, especially the formation of the elite force, the Special Forces Command, which Muhoozi commanded for a long time.

Museveni said his son would stay off Twitter when it comes to affairs of state, after a social media tirade that included a threat to invade neighbouring Kenya, in one of the many warnings he has given.

“He will leave Twitter. We have this discussion. Twitter is not a problem. The problem is what you are tweeting about. Talking about other countries and partisan politics of Uganda is something he should not do and he will not do it,” Museveni added.

Refused to be banned

“I hear some journalist from Kenya asked my father to ban me from Twitter. Is that some kind of joke?? I am an adult and NO ONE will ban me from anything!” Muhoozi said.

“All our supporters, we have shown our immense strength on social media. Thank you. We are a strong force for sure. However, it is not enough. We need 1 million followers as soon as possible! As your leader, appointed by yourselves, fellow African youth I urge you to demand the immediate Unification of East Africa. That is our minimal political programme. The rest I will guide you.”

In one of the tweets, Gen Muhoozi seems to be extending an olive branch to his father’s archenemy, Col Kizza Besigye, who has challenged Museveni four times for the top seat.

“Personally, I like Kizza Besigye. He is an elder and we can learn a few things from him,” Muhoozi tweeted.

Besigye responded: “The intention is obvious: to attract the attention of those you would not; make yourself what you’re not & try to cause people to think of each other in ways they are not! Bottomline is we’re United to end gun rule & have TRANSITION to people rule. Transition NOT succession.”

Gen Muhoozi is credited with the thawing of relations between Uganda and Rwanda, which had kept the two countries’ common border at Gatuna/Katuna closed for close to three years. He told off his critics; that he had solved a problem diplomats had failed to solve.

His visit to Kigali last weekend was the third in one year.

Concluding his visit to Kigali on Tuesday, Gen Muhoozi said on Twitter that the Rwanda-Uganda relations he has been trying to mend since January are now “strong indeed”.

The general was in Kigali on a four-day “private visit” to President Kagame. He arrived on Saturday, along with journalist and former member of President Kagame’s advisory council, Andrew Mwenda, in his delegation.

During his visit, Gen Muhoozi held private talks with President Kagame, which many describe as political, as the general seeks regional endorsement for Uganda’s top seat.

President Kagame hosted Muhoozi, his delegation, and the newly promoted Brigadier-General Donald Rwivanga of the Rwanda Defence Force at his farm and gifted them cows, a sign of commitment to friendship and brotherhood in Rwandan culture.

Observers say this is bound to open more doors between Rwanda and Uganda.

“This visit comes to review serious matters, including reconciling mutual interests and influences towards their respective vision on the region, security in DRC, hoping for easy integrative and cost-sharing infrastructure construction, reopening air for both Uganda and Rwanda airlines, supporting each other in the global arena by not criticising each other; those must be on the agenda,” said Dr Eric Ndushabandi, a Kigali-based political analyst and a researcher at the Centre for Conflict Management at the University of Rwanda.

“We are overcoming the mistrust between both countries.” 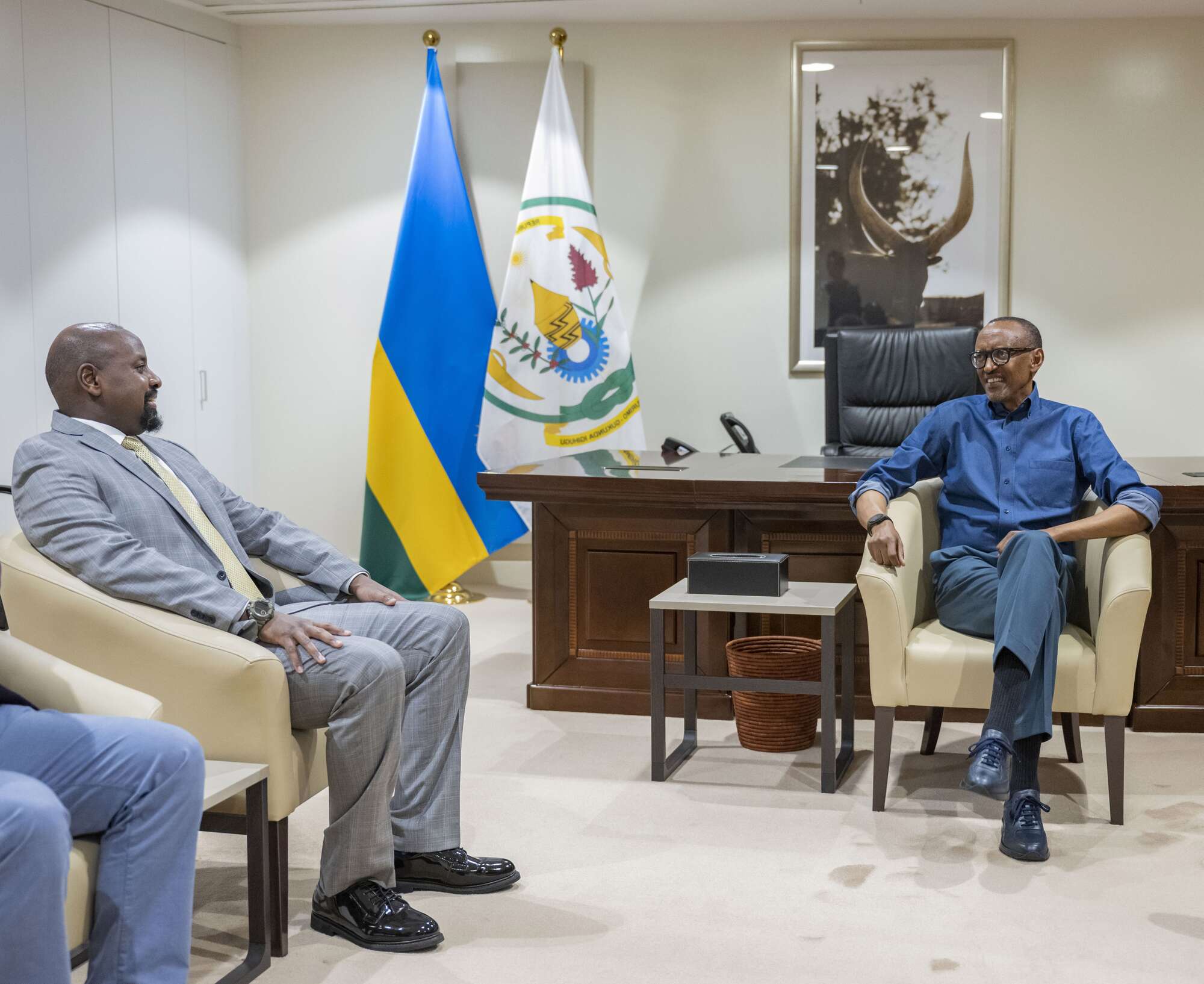 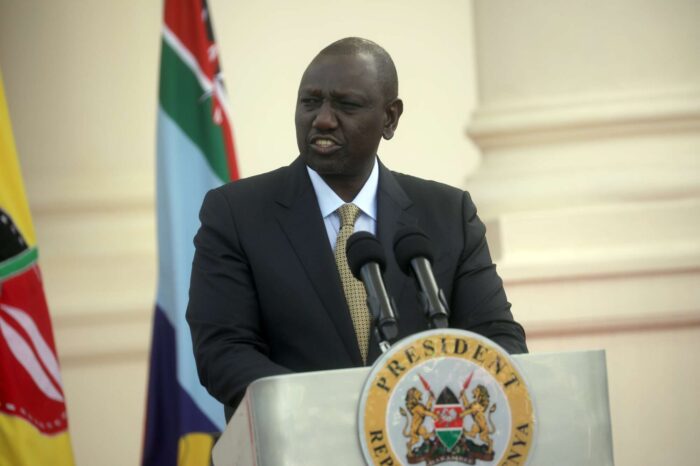