Will Africa’s metals boom suffer the same curse as oil?

Mechanical diggers are hard at work in the bleak landscape of the Moanda open-cast mine in Gabon, using giant jaws to rip out manganese and then dump the ore into trucks with a crash.

“We’re lucky here in Moanda. We find it about five to six metres (about 18 feet below the surface,” said manager Olivier Kassibi, whose mine yields 36 tonnes of manganese each day.

Element number 25 on the periodic table, manganese, has traditionally been perceived as a useful if humdrum material widely employed in steel and alloys.

More recently, though, the silvery metal has gained star status thanks to its emerging role in rechargeable car batteries, helping to wean the world off carbon-spewing fossil fuels.

Decarbonisation of the world economy will take centre stage at the UN’s COP27 climate talks in Egypt next month.

And as the great transition goes into higher gear, eyes are turning to Africa.

Its soil is rich in manganese, cobalt, nickel and lithium — crucial ingredients in cleaner technology for generating or storing power.

The Moanda region alone contains as much as a quarter of known global reserves of manganese, according to the Compagnie Miniere de l’Ogooue (Comilog, a subsidiary of the French group Eramet that operates the site.

But hopes that the mineral boom will translate into a new dawn of prosperity in the world’s poorest continent are clouded by memories of what happened with oil.

In Africa’s oil-producing countries, black gold meant a gush of wealth for a well-connected few — but only drops for the needy majority.

Corruption sucked the dollars out of plans for roads, hospitals and schools, and environmental damage was often all that remained.

Africa’s potential in new-age minerals is “huge”, said the former chief economist of the African Development Bank, Rabah Arezki, who pointed out that reserves are not even known because so little exploration has been done.

But, he said, “there is very little reason to think that this windfall will benefit the people of Africa, particularly because of governance concerns.”

New metals deposits are following one another at a giddying pace.

In one example, Firefinch Ltd of Australia was looking for gold at Goulamina in southern Mali when it came across lithium, said Seydou Semega, geologist and local director of the firm.

Firefinch then created a local offshoot, Leo Lithium, and inaugurated the mine in early 2022 — a facility that it says could create 1,200 jobs and generate more than $100 million a year for Mali in taxes and dividends.

“Could Africa be the main source of lithium in the world?” asked Simon Hay, director of Leo Lithium. “Absolutely.”

Comilog, which has operated the Moanda mine since 1960, claims the creation of 3,400 direct and 6,000 indirect jobs, a contribution of around $345 million per year to the national economy in various forms, plus millions of dollars in health and education provisions for the population.

“You need to have a social policy that is as committed as possible to share this wealth,” said its CEO, Leod Paul Batolo.

Comilog is keen to list its green principles, which include rehabilitating and replanting extraction sites, decarbonising the energy mix of its factories and “setting limits” on encroaching on wildlife areas.

But more generally, innumerable studies say the exploitation of resources in Africa has a long and dark history of unequal distribution of wealth, corruption, environmental damage and rights violations.

A big problem is that Africa is typically used as a source of raw materials, and rarely for processing them into goods of higher value, said Gilles Lepesant, a geographer at the French National Centre for Scientific Research (CNRS.

“If activity is limited to mining and extracting ore, Africa will reap no benefit from the energy transition in Europe. It’s absolutely necessary to invest in the value chain,” he said.

He pointed to the Democratic Republic Congo, whose soil is estimated to contain half of the world’s reserves of cobalt, as an example of something that is “both an opportunity and a curse.”

Poorly regulated mining leads to environmental damage and encourages child labour, a phenomenon that is hard to resolve when a family’s livelihood depends on it.

In the sector of tropical forestry, many rich countries have demanded traceability of wood and labour in order to reassure concerned consumers.

But this is far harder to achieve in the metals used in car batteries and other gadgets, said Lepesant.

“In a lot of cases, the mined metal is exported for refining to other countries, for example China, and then combined with other metals, so it’s hard to know if the cobalt you have on your production line actually comes from such and such a mine in the Democratic Republic of Congo,” he said.

Analyst Hugo Brennan of British firm Verisk Maplecroft said African nations had to strike “a tricky balancing act” — providing incentives for investment while enforcing social and environmental standards — to ensure their mining boom does not go the same way as oil. 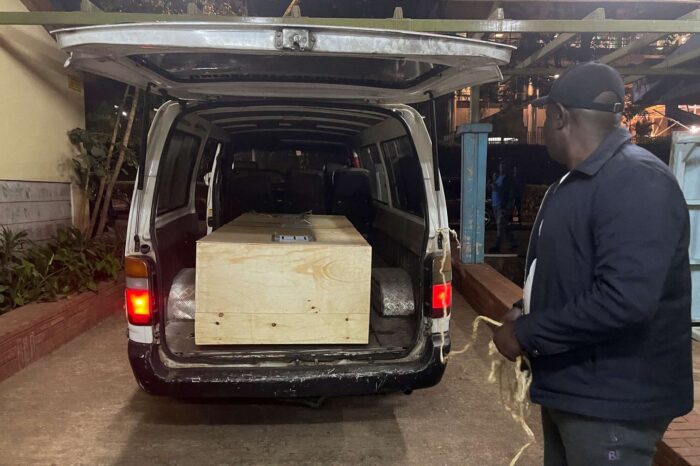