Kenya electoral agency, IEBC, chairman Wafula Chebukati has declared the winner of the closely-fought presidential election after calm was restored at the national tallying centre, which had erupted into chaos minutes earlier.

“Despite intimidation and harassment…I have done my duty in accordance with the constitution and the laws of the land,” Mr Chebukati said before reading the votes each of the four presidential candidates got.

On Sunday, Dr Ruto, the outgoing deputy president and Mr Odinga, veteran opposition leader, had appealed for calm as the wait for the final results of the vote dragged on.

The declaration has been made without results from ­­­­­four of 290constituencies –Kacheliba, Kitui Rural, Pokot South and Rongai– whose voting was postponed.

Turnout was lower than expected at around 65 percent of Kenya’s 22 million registered voters, with observers blaming disenchantment with the political elite in a country battling a severe cost of living crisis.

Read:Lowest turnout in 15 years as youth stay away

The announcement ceremony at the national tallying centre at the Bomas of Kenya in Nairobi was attended by diplomats and foreign election observers, who were whisked out when chaos erupted. The clergy was also present.

Polling day passed off largely peacefully, but memories of vote-rigging and deadly violence in 2007-08 and 2017 still haunt Kenyans.

The IEBC had faced sharp criticism for its handling of the August 2017 poll, which in a historic first for Africa, was annulled by the Supreme Court after Odinga challenged the outcome. 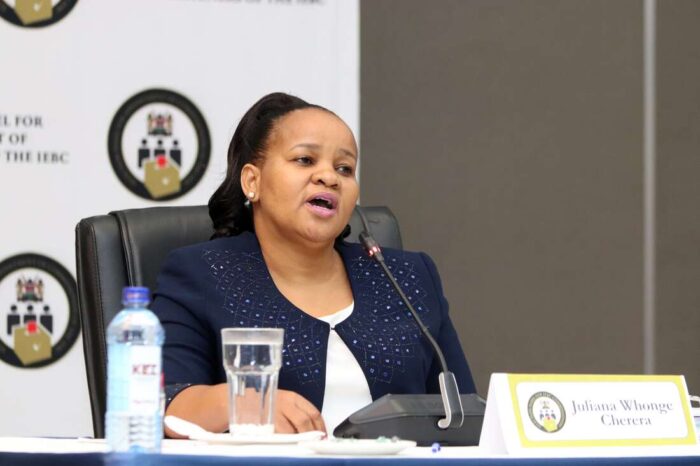