It is not the best of times for the opposition across East Africa, particularly in Kenya and Uganda, where the government is relentless in making it weak and ineffective.

From police harassment and laws that limit assembly to political infighting and tempting government appointments, the opposition is in a chokehold.

Unlike Kenya President William Ruto, who urged the opposition to keep a tab on his government when he was sworn into office in September, Uganda President Yoweri Museveni – after he was declared winner of the February 2016 presidential elections – announced that he was going to “wipe out the opposition.”

This was not new. Museveni, from way back in 1986 has not had time for the opposition, going as far as suspending political parties for 20 years while promoting the Movement system, where everyone was by law a member.

But a 2005 referendum opened up the political space, allowing parties to operate. Even then, the police used the law as a foil to break up or otherwise block opposition gatherings, campaign rallies and demonstrations.

A reprive came on May 27, 2008, when the constitutional court ruled that Section 32(2 of the Police Act, which the force had been using to prohibit assemblies or processions in public spaces, was inconsistent with Article 29 of the Constitution which guarantees freedom of conscience, expression, movement, religion, assembly and association including the right to demonstrate.

Prof Sabiiti Makara, who teaches political science at Makerere University, says it is remarkable that the opposition has grown given the energy and resources that have been expended on annihilating it – to say nothing of the impression the government has created of the opposition as comprising people “who are criminals, saboteurs, and anti-development.”

Whereas Museveni won the 2021 presidential election with 58 percent of the vote, the opposition beat him to the vote in Busoga and Buganda regions, where he had always won.

But the announcement on July 20 that the Democratic Party (DP president Norbert Mao had signed a cooperation agreement with the ruling NRM rubbed a bit of the gloss off the electoral gains. Mr Mao’s faction followed in the footsteps of Jimmy Akena’s faction of UPC which jumped into bed with the NRM in 2016.

DP had already been hit hard by factionalism which culminated into the departure of MPs like Mathias Mpuuga, Medard Lubega Ssegoona and Betty Nambooze for the new NUP.

Mr Mao, who has since been made Minister for Justice and Constitutional Affairs, is the latest addition to a long list of opposition members to have been handed government jobs. Beti Kamya, Beatrice Atim Anywar, Betty Amongi, Nakiwala Kiyingi, Joy Ruth Achieng, Haji Muhammad Baswale Kezaala and Henry Mayega are all former opposition MPs who took up government jobs.

In March 2018 the opposition joined hands to help FDC’s Paul Mwiru beat NRM’s Nathan Igeme Nabeta in the Jinja East parliamentary by-election. That was followed by a June 2020 announcement by Dr Besigye and Mr Kyagulanyi that a new opposition alliance against Museveni had been formed. Those had expected to be the foundations on which a common front would be built.

However, a July 2019 proposal by the “DP bloc”, which brought together DP, the People’s Development Party (PDP and the Social Democratic Party (SDP, and an initiative by Dr Ssemogerere, both of which would have paved way for fielding a joint opposition presidential candidate and joint parliamentary candidates did not bear fruit.

As a result, 2021 became the first general election since 1996 that Uganda had without any opposition coalition. That pointed to much deeper divisions, which Prof Makara blames on inconsistency.

One of the impediments to a coalition was the different parties’ views on elections. FDC insists that they are a ritual; that an electoral commission appointed by Museveni cannot declare a person other than Museveni winner in an election in which he (Mr Museveni is a candidate, which Mr Kyagulanyi disagreed with.

Personal ambitions were however also a major impediment.

“When everyone is intent on running it (discussions becomes complicated. It is hard to hold talks under such circumstances,” said Joel Ssenyonyi, the spokesperson of NUP.

Matters are not helped by the biggest opposition personalities, Dr Besigye and Mr Kyagulanyi, who have not been as visible and vibrant.

According to Patrick Wakida, head of research firm Research World International, Mr Kyagulanyi’s lukewarm approach is down to the environment.

“The political players are responding to a narrowing space, but politics in this country is played during an election. After the election everybody goes back to their space,” Mr Wakida said.

The debate in public domain is now on whether Gen Muhoozi Kainerugaba will or can succeed his father or whether Museveni has endorsed his son or intends to contest again for a seventh term in 2026.

Can the Uganda opposition rise above suspicions, personal ambitions and the loss of its leaders, to build on the gains made in 2021? Or will it suffer more reversals in 2023?

Across the border in Kenya, soon as President William Ruto was sworn into office in September, he called on the opposition to play its watchdog role but before the dust could settle on his words, he was already chipping away at its numbers.

First, he re-appointed former president Uhuru Kenyatta, who was the chairman of Azimio La Umoja One Kenya movement – the coalition on which his opponent former prime minister Raila Odinga ran for office – head of peace initiatives within the East African Community and the Great Lakes.

“I have asked my elder brother, President Uhuru Kenyatta who has done commendable engagements with those regions and he has graciously agreed to continue chairing those discussions,” President Ruto said on September 13.

As if that was not enough, Dr Ruto reached out to Azimio affiliate parties like United Democratic Movement and the Movement for Democracy and Growth, stamping his control in parliament (the National Assembly and the Senate.

This would appear contradictory for Dr Ruto has repeatedly ruled out any political deal (or handshake in Kenyan parlance with his rivals, citing the need for “a strong opposition” to keep his administration in check.

But Mr Odinga sees the governmemt trying to weaken his team.

“Azimio will hold and naturally, there is always pressure in the post-election (period. The party which is running the government tries to entice people through positions, appointments here and there to weaken the opposition, that has been the case and we are seeing it now when the Kenya Kwanza administration is trying to weaken the opposition,” said Mr Odinga.

Political commentator-cum-governance expert Javas Bigambo has described Dr Ruto’s move as cryptic and “aimed at reducing Uhuru’s potential onslaught on his government. So giving Uhuru a job and leaving Raila out is also a strategy of isolating him,” said Mr Bigambo.

According to Prof Masibo Lumala of Moi University, Dr Ruto is after earning the trust of his predecessor, something which could work against the opposition.

“It was more of a calculated way of trying to say I have no vendetta, no ill-will. We shall respect you as the outgoing president. It was definitely meant for the moment and that helps in creating a sense of continuity,” Prof Lumala said. 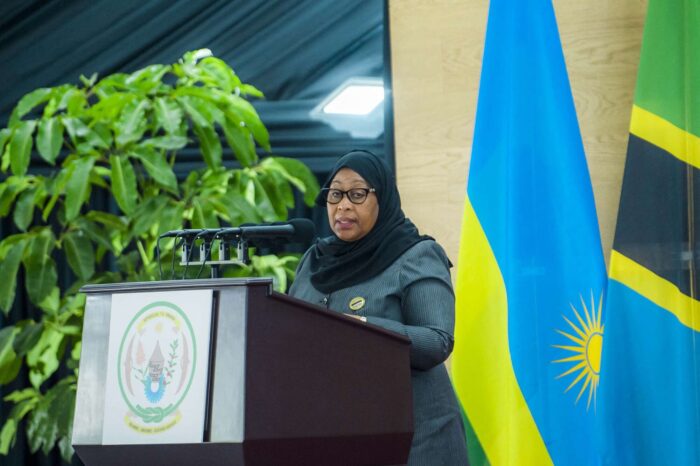