An array of presidents and prime ministers continued to descend on Rwanda Thursday from around the world for the Commonwealth Heads of Government Meeting (CHOGM) in Kigali.

British Prime Minister Boris Johnson jetted in on Thursday and held a meeting with President Paul Kagame on “existing partnerships between Rwanda and the UK, including the recent Migration and Economic Development Partnership,” the Rwandan presidency said in a tweet.

The migrant resettlement deal that seeks to relocate asylum seekers has faced criticism, including legal setbacks.

Leaders of the 54-member group of mainly former British colonies are expected in Kigali Thursday and Friday for the climax of the Commonwealth summit that kicked off on Monday. Rwanda is a former German and Belgian colony but joined the Commonwealth in 2009.

Prince Charles, representing his mother, Queen Elizabeth, and his wife Camilla, the Duchess of Cornwall, arrived in Rwanda on Tuesday.

The royal couple visited the Kigali Genocide Memorial, where they laid a wreath and a church and met survivors of the 1994 massacre at a reconciliation village in Eastern Province, where they live alongside some of the perpetrators.

They also held a meeting with President Kagame.

President Museveni, whose country is the only other regional state to host the event, arrived through the reopened Gatuna/Katuna border. The common land borders had been closed for nearly three years following a frost in relations between Uganda and Rwanda.

The leaders will join panel discussions and give keynote addresses. For PM Trudeau, he will also open a Canadian embassy in Kigali.

“It’s our first day at CHOGM2022, and we’re getting right down to work. I’ve got several meetings and events today – and I’ll report back on all of them here. Stay tuned for updates on the work we’re doing for you, for Canadians, and for people across the Commonwealth,” he tweeted.

Canadian Foreign Affairs minister Melanie Joly noted the influence of Russia and China on the continent, saying, “we can’t be naïve”. 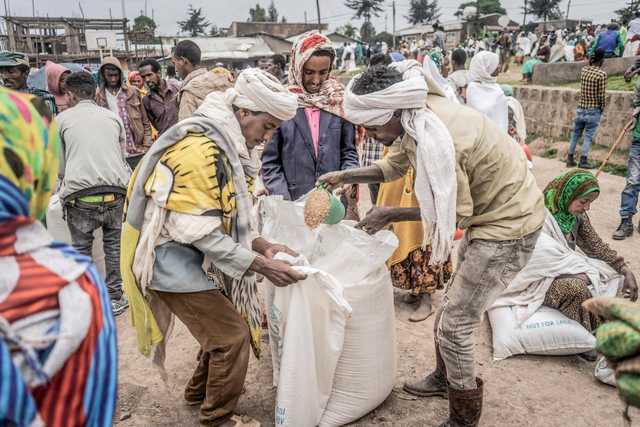