He was received by his host President Samia Suluhu Hassan, at the Julius Nyerere International Airport in Dar es Salaam and accorded a military parade.

“This visit is highly significant as Tanzania remains a strategic partner as a link for transportation in the southern region for both freight and passengers through the eastern African seaport of Dar es Salaam,” said Mr Kakubo.

Tazara, which runs from Dar es Salaam to Kapiri-Mposhi in Zambia, was built in 1976 as a symbol of early China-Africa friendship, with the Chinese providing the financing and supervising the construction of a 1067mm gauge.

Read:Will expansion help Tazara get back on track?

Tazama, which runs from Dar es Salaam to Ndola through the southern highlands of Tanzania, was built in 1968 to feed Zambia with crude oil imports after the Rhodesia colony (now Zimbabwe under former prime minister Ian Smith imposed sanctions on Zambia, which was one of the frontline states for the liberation of Zimbabwe.

The Zambian and Tanzanian presidents will also preside over the signing of memoranda of understanding (MoUs in defence and tourism cooperation.

Zambia and Tanzania share strong historical ties in social, political and economic areas and have a common boundary. The two countries are also member states of the Southern Africa Development Community (SADC bloc.

President Hichilema took office last August after defeating the incumbent Edgar Lungu by almost one million votes — a landslide spurred by economic hardship and restricted freedoms under the previous regime.

This is his first visit to Tanzania, the second country in East Africa, after his visit to Kenya in June. 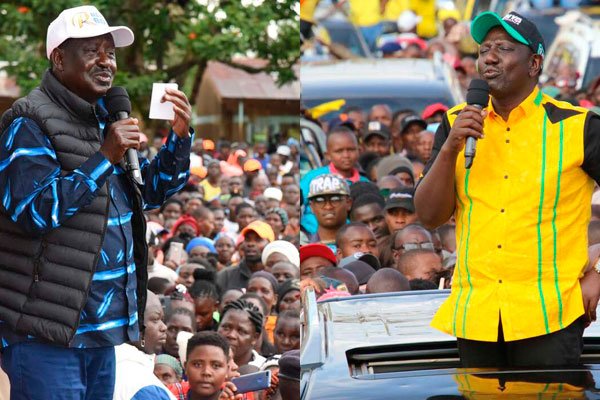 Kenyan journalists on their fears ahead of elections