Zelensky says US aid has kept Ukraine ‘alive and kicking’

Ukrainian President Volodymyr Zelensky on Wednesday directly appealed for long-term US support on his first foreign trip since Russia’s invasion, saying aid was not “charity” and had helped keep his country “alive and kicking.”

Zelensky — whose media savvy and rugged demeanour have helped rally world opinion — wore his trademark green military fatigues as he held talks at the White House and addressed Congress, where he handed over a Ukrainian flag fresh from the battlefield.

As Congress finalises a new package of $45 billion, Zelensky voiced gratitude and said that the new year would mark the “turning point” in the fight against Russia.

“Against all odds and doom-and-gloom scenarios,” Zelensky said in a speech that drew standing ovations, “Ukraine is alive and kicking.”

“Your money is not charity. It’s an investment in the global security and democracy that we handle in the most responsible way,” Zelensky said.

House Speaker Nancy Pelosi, who welcomed Zelensky in one of her last acts before Republicans take control, likened the address to Winston Churchill’s Christmas-time visit in 1941 days after the Pearl Harbour attack — and the Ukrainian leader was unafraid to encourage the parallels.

Comparing Ukrainian forces to Americans on the frontlines in World War II and the Revolutionary War, Zelensky said that Russians “burn and destroy everything” in a way “similar to the other tyranny” of Hitler.

“Ukraine holds its lines and will never surrender,” Zelensky said to applause.

Ukraine enjoys wide support in the United States but several hard-right Republicans have been critical, considering the aid a giveaway of taxpayer money.

Kevin McCarthy, likely to become speaker next month after a narrow Republican election victory, has warned he will not give a “blank check” to Ukraine, a comment seen as attempting to mollify his right flank.

Biden, wearing a tie in the blue and yellow colours of the Ukrainian flag, affectionately put his hand over the wartime leader’s shoulder as he saw him for the first time in person since the war began.

“You will never stand alone,” Biden told him at a joint news conference.

Biden said that Americans “understand in our bones that Ukraine’s fight is part of something much bigger.”

“Together I have no doubt we’ll keep the flame of liberty burning bright and the light will remain and prevail over the darkness.”

Biden approved another $1.85 billion from previously budgeted funds for Ukraine, including Patriots which can shoot down cruise missiles and short-range ballistic missiles.

Ukraine fears a rising onslaught of missiles and has faced a slew of attacks from drones, many bought by Russia from Iran, as Moscow pummels power plants and other civilian infrastructure just as the country shivers in the winter cold.

Zelensky in his speech to Congress played up the role of Iran, against which Republicans almost universally favour a hard line.

Zelensky flew in secret to the United States straight after a risky visit to the frontline in Bakhmut, where Ukrainian and Russian troops have both endured heavy tolls over the past two months.

He presented Biden with an award from a captain on the ground operating a HIMARS rocket system, which has been a game-changer on the battlefront.

“He’s very brave and he said, give it to a very brave president,” Zelensky said.

Kremlin spokesman Dmitry Peskov said that new weapons deliveries would lead to an “aggravation of the conflict” and do not “bode well for Ukraine.”

“What is happening is, of course, a tragedy — our shared tragedy. But it is not the result of our policy. It is the result of the policy of third countries,” he said.

The United States and Ukraine scoff at suggestions the invasion was caused by anything other than Putin.

Both Biden and Zelensky said they supported a “just peace” — but the Ukrainian leader made clear he will not be pressured into any territorial compromise with Russia, which also seized the Crimean peninsula in 2014.

“For me as a president, just peace is no compromises as to the sovereignty, freedom and territorial integrity of my country,” Zelensky said.

“As a father, I would like to emphasize — how many parents lost their sons and daughters on the frontlines? So, what is ‘just peace’ for them?” 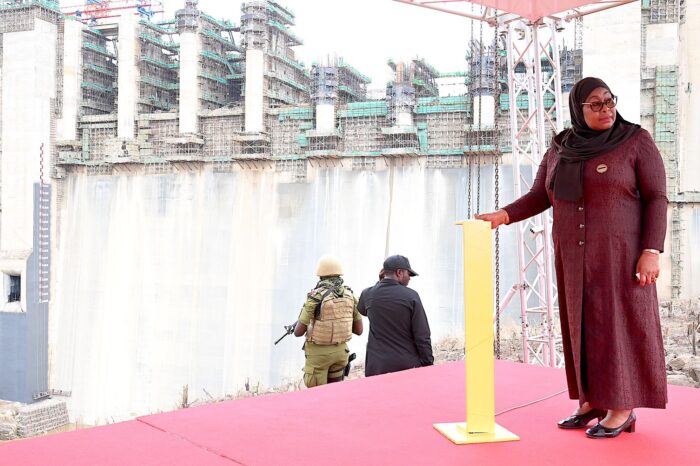