At least 34people died after a Mombasa-bound bus plunged into River Nithi, a notorious accident blackspot, along the Meru-Nairobi highway in central Kenya on Sunday evening.

In a Monday morning update,Tharaka Nithi County Commissioner Nobert Komora also confirmed that 11people had survived the grisly crash,but cautioned that the number of fatalities could rise since they were seriously injured.

The accident happened at 6.40pmafterthe bus, which was travelling from Maua in Meru County, fell off the bridge into the river about 40 metres below.

When theNationteam visited the scene, they found personal effects strewn all over the gorge while tree branches and vegetation had been flattened by the impact of the crash. The mangled wreck of the bus was sitting bythe river bank.A small crowd of onlookers was stillat the scene by Monday morning.

Based on witness accounts, the Modern Coast bus headed to Mombasa left Meru town at around 5pmSunday. On reaching Nithi bridge, a notorious blackspot, witnessessay the driver appeared to lose control asthe bus hurtled down the steep slope attop speed before plunging 40 metres into the river.

Witnesses also reported seeing the vehicle’s roof torn off when it hitthe road’s guard rails, and that the bus rolledin the air first, then several times downthe rocky pathbefore hitting the river bankwith a thud.

“Several accidents have occurred here but I’ve never seen anything like this,” a local resident, Martin Murimi, who was chewing miraa nearby, said.

“We were chewing miraa when we noticed the bus was moving at high speed. It first hit the rail and swerved back to the road as the driver tried to control it. Suddenly, I saw it hit the rails and drop down tothe river,” he added.

Mr Nicholas Mutegi, another witness, said the bus was moving at high speed when it hit the guard rails and fell into the river.

“The bus must have developed brake failure because it was moving at a very high speed when the accident happened,” he said.

After impact, witnesses reported seeing bodies scattered in the water and on the river bank.

Tharaka Nithi County Rescue team manager Alex Mugambi led the rescue operations at the scene alongside the police and members of the public.

Those who witnessed the accident also said the bus could have developed brake failure as it went down the Nithi slope.

This was corroborated by MrKomora, who said according to the preliminary investigations, the bus could have developed brake failure and that the driver could not negotiate the sharp corner at the bridge.

The injured were rushed to Chuka County Referral Hospital and PCEA Chogoria Mission Hospital while the bodies were taken to mortuaries.

In an earlier update yesterday, the administrator had said it was not possible to immediately confirm the number of the injured becausemedics were busy attending to them and that it also not possible to give a final figure of fatalities because the bus company was yet to reveal the number of passengers who were on board.

MsChali said the bridge is a known blackspot but drivers were still speeding despite the presence of warning signs while approaching the bridge from both sides.

She said the scene had been secured and the operation called off until today (Monday when it will resume.

“Police officers will remain at the scene for the whole night to ensure that no person interferes with the scattered property until the operation resumes tomorrow morning,” said Ms Chali.

Several fatal accidents have occurred at the Nithi bridge which is about 10 kilometres from Chuka town, leading to an appeal by the public to change its location.

In his 2017 campaign manifesto, Tharaka Nithi Governor Muthomi Njuki had promised to speed up the re-engineering of the bridge within his first 100 days in office in order to reduce accidents.

However, nothing is yet to happen even as people continue to lose lives and property in serious accidents.

Most of the accidents have been blamed on brake failure. 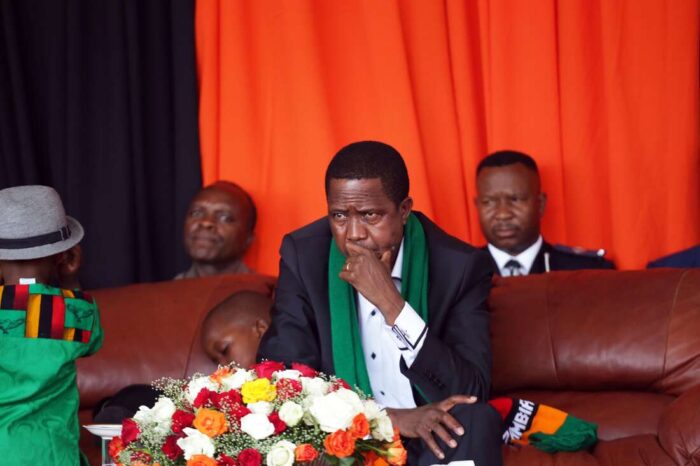