Activists in regional court to stop GMO ‘madness’ in Kenya

Ugandan activists have petitioned the East African Court of Justice (EACJ over Kenya’s decision to allow unrestricted use, importation and cultivation of genetically modified organism (GMOs, citing potential risks to the region.

In a petition filed at the Court’s Kampala offices on Friday, lobbyists from Slow Food International and Centre for Food and Adequate Living Rights, asked the court to block Kenya from implementing what they called an illegality against the Treaty for the Establishment of the EAC and the African Charter on Human and People’s Rights.

In October last year, the Cabinet in Kenya lifted a 10-year ban on GMOs which had been restricted for open cultivation and importation, making it the second country in Africa to do so.

Regional counterparts like Tanzania, Uganda and Rwanda are, however, taking bold steps towards eliminating GMOs with Kampala twice shelving a parliamentary Act on the subject.

Kenya said the move was to curb prevailing hunger blamed on drought that has so far affected about three million citizens.

The Kenyan government said the decision was informed by various technical and expert reports from regulatory bodies like its National Biosafety Authority and the World Health Organisation.

Others are the United States of America’s Foods and Drugs Administration, the European Food Safety Authority and the Food and Agriculture Organisation.

Already, the Kenya Agricultural and Livestock Organisation is growing GMO crops like cassava and maize.

Now there is growing unease that given the trade volumes and social interconnectivity between Nairobi and its neighbours, GMOs could definitely trickle across Kenya’s borders.

“We want the court to order Kenya to back off this GMO madness. GMOs create an open monopoly resulting in the economic exploitation of smallholder farmers amid the already crippling economic environment,” David Kabanda, the Executive Director of the Centre for Food and Adequate Living Rights said.

“The African charter on human and people’s rights restricts States parties from embracing all forms of foreign economic exploitation particularly those practiced by international monopolies so as to enable their people to fully benefit from the advantages derived from national resources.” 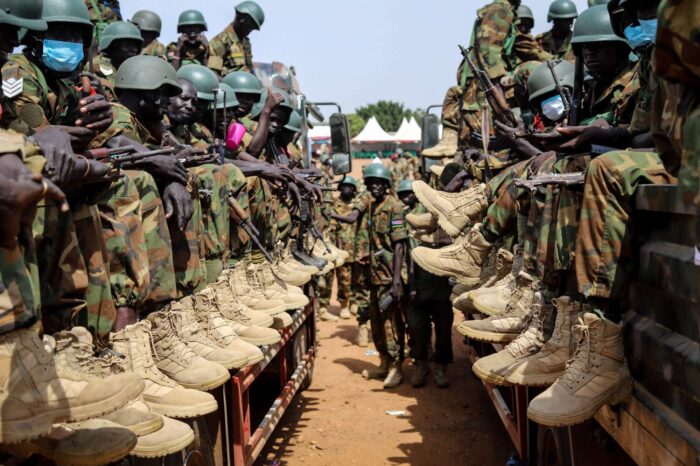