Belgian King tours DRC on the backdrop of ‘colonial wounds’

Belgian King Philippe andhis wifeQueen Mathilde arrivedin the Democratic Republic of Congo capital Kinshasa on Tuesday afternoon in a visit laden with historical significance, but also meant to right some tensions in the ties between the two countries.

The trip matured, finally, after several postponements. The visit is on the invitation of theCongolese president, according to the Presidency in Kinshasa.

King Philippe’s trip to the DRC isalsoseen as historic. Philippe, who has been ruling Belgium since 2013, has never visited Congo, Belgium’s former colony, and perhaps the most significant territory the European country controlled in Africa.

Philippe was born in April 1960, only two months before Belgium granted independence to the DRC, which was calledBelgian Congo at the time.

The era of colonialism by the Belgians has been documented with brutality, including mass killings and massive plunder of the country’s resources, as well as cultural artefacts. Some commentators, and even Congolese politicians, have in the past demanded a formal apology. Other colonial masters like the UK have in the last decade expressed ‘regret’ for brutality committed on Kenya’s freedom fighters Mau Mau, for instance, including a compensation package. Germans also offered a series of social rebuilding programmes in Namibia for ill acts committed on the local Herero people.

In spite of the dark colonial past, however, theBelgian monarchtravelled to Kinshasa try and usher in a new era of relations between his country and the DRC, acknowledging for the first time in history the “wounds” that his country inflicted on the Congo under colonisation.

In June 2020, the Belgian king had written to Felix Tshisekedi: “I would like to express my deepest regrets for these wounds of the past, the pain of which is today revived by the discrimination still present in our societies.”

On the occasion of his visit to the DRC, the Belgian monarch will be expected to address the issue of repairing the “wounds of the past”. His official programme includes a speech at the‘People’s Palace’, seat of the Parliament, on Wednesday. On Friday, King Philippe will deliver another speech at the University of Lubumbashi, in the south of the DRC,before Congolese officials and students.

“This amount will be used for health, agriculture, rural development, support to institutions, infrastructure, empowerment of women, energy production, among others,” Mr Lutundula saidon Tuesday ahead of the trip. 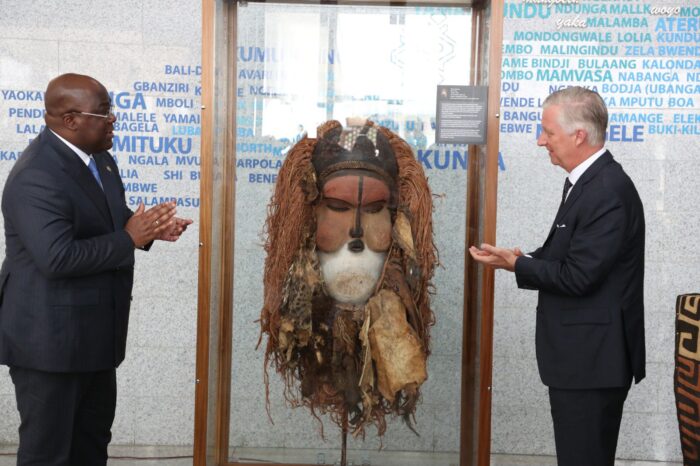