Ugandan musician and opposition politician Robert Kyagulanyi says he is working “day and night” to see the end of President Yoweri Museveni’s rule, even though he argues it is not a personal ambition.

Kyagulanyi, known by his stage name Bobi Wine, told a forum in Bonn on Tuesday that Ugandans are tired of a “dictatorship” in their country and want leaders who can serve them.

“Uganda continues to be under a tight military rule of General Yoweri Museveni, who took power when I was only four. I am 40 now,” Bobi Wine said on a panel about creatives from Africa and their role.

“We don’t want change for the sake of it. We want a situation where leaders are servants of the people.”

The event in Bonn, part of the DW Global Media Forum, was about ‘Creatives from Africa: To stay or to go’. It brought together African celebrities who have used music, film, photography and art to campaign for change in their countries.

And Bobi Wine, the unsuccessful Presidential contender last year, used the platform to explain his decision to join politics after years of earning money in music.

“I had been talking about the issues for so long and I thought it was about time to act on them.

“I wanted to move closer to where the policies are made,” he explained, insisting that he is no longer an entertainer but an “edutainer.”

His goal, he argued, was to ensure the long-time rule of President Museveni comes to an end. But he said he was only pushing for change because he can access platforms that many Ugandans cannot reach.

“We already know his rise, we are working day and night to see his fall.”

Mr Kyagulanyi’s political career had seen him turn from a local celebrity known for wooing fans to a politician brutalised by the police. In the run-up to last year’s elections, he was arrested and freed several times and at one point he was barred from leaving his house.

He has claimed that many of his political supporters have been disappeared.

“In Uganda, it (politics actually determines whether you live or don’t live,” he said.

In Bonn, he was introduced as the leader of National Unity Platform (NUP, the party he used to contest for presidency last year. But NUP has fallen in controversy these past weeks as ‘original’ owners seek to take it back.

Mr Kyagulanyi told the panel that he has a duty to continue pushing for changes in leadership to ensure politicians do not stay in power longer than welcome. 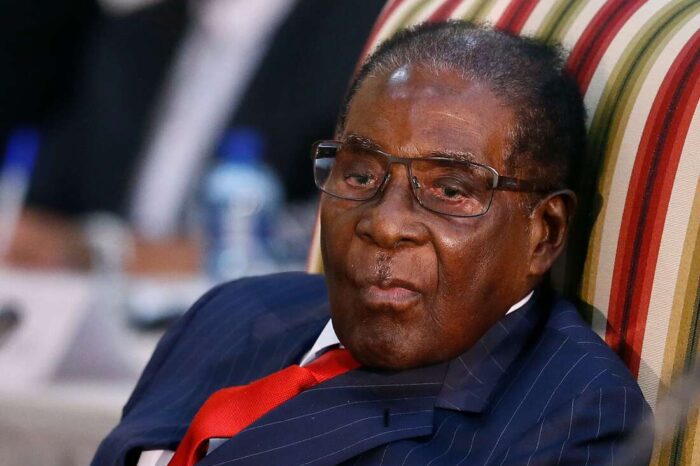