There was hope last week that mounting violence in the Democratic Republic of Congo could ebb, after the feared M23 group agreed to surrender territories to the East African Community Regional Forces (EACRF.

And for most parts of the year, including recently, the security threat was largely seen as caused by the M23.

But a new report by the UN Panel of Experts says communal violence also increased in 2022 especially between Yaka and Teke communities in western parts of the country.

This week, the UN Panel of Experts on the DRC said the violence in Kwamouth, in Mai-Ndombe province, 200 kilometres from Kinshasa was a collective security threat on the DR Congo.

In the Report to the Security Council, the Experts cited the Ugandan rebel groups, the ADF as having “continued to expand their area of operations and attack civilians in of Beni and Lubero, in North Kivu, and in southern Ituri.”

The report says violence is increasing despite application of the state of siege, which had been in place since May 2021 in Ituri and North Kivu province. President Felix Tshisekedi had decreed this measure to combat armed groups in these provinces. Under this arrangement, civilian administrators and governors were replaced by military and police administrators.

According to the report, violence continued “despite the military operations carried out by the armies of the Democratic Republic of Congo (FARDC, the Uganda People’s Defence Forces (UPDF and UN security forces (Monusco.”

“The fourth phase of Operation Shujaa, in September 2022, even led to MORE ADF attacks against civilians in retaliation, as had been observed in the past,” the experts say. Since 30 November 2021, the Ugandan army has been in a joint operation with the Congolese army in Ituri and North Kivu to hunt down Ugandan ADF rebels who have a link to ISIS.

“ADF continued to be considered as an option for recruits willing to join Da’esh (ISIS… because Da’esh publicity increased the notoriety of ADF. In its June 2022 Al-Naba newsletter, Da’esh encouraged recruits who had failed to join jihad battlefields elsewhere to travel to its African provinces.

“In November, Da’esh published a 20-minute propaganda video on ADF titled ‘The life of jihad’. This video showcased ADF activities, plus a staged execution imitating Da’esh’s,” the report said.

Terrorists also adopted an ethnic profiling, abducting hundreds of civilians and killing some of them, in retaliation against those collaborating with the FARDC, the Congolese army, since 2021.

“The abducted Hutu youth were forcibly recruited into ADF ranks,” the’ report said. The ADF intervened in North Kivu to cause the escape of 800 prisoners in August, of whom 400 to 600 were forcibly taken into the ranks of the terrorists. “On September 6, 2022, a 17-year-old boy recruited by ADF collaborators planted an improvised explosive device in front of the Congolese National Intelligence Agency (ANR office in Butembo. The explosion injured two ANR agents.

This is the first attack involving an improvised explosive device aimed at a high-profile target in an urban environment,” said the UN expert.

Against this backdrop of daily violence, the M23 rebels re-emerged in Rutshuru in North Kivu, posing a real security problem that has ultimately damaged Rwanda-DRC relations.

Amid allegations and counter-allegations between Rwanda and DRC, the French government this week joined the US in condemning Rwanda’s alleged support for M23. Paris called for Rwanda to abide by the decisions of the regional leaders calling for dialogue. But Kigali fired back, first accusing Paris of ignoring the real causes of the conflict in DRC, and also accused Kinshasa of fabricating claims that M23 had massacred civilians.

“Attempting to manage complex situations by simply repeating and amplifying false allegations of the DRC government cannot lead to solutions,” said a statement from Kigali on Wednesday. 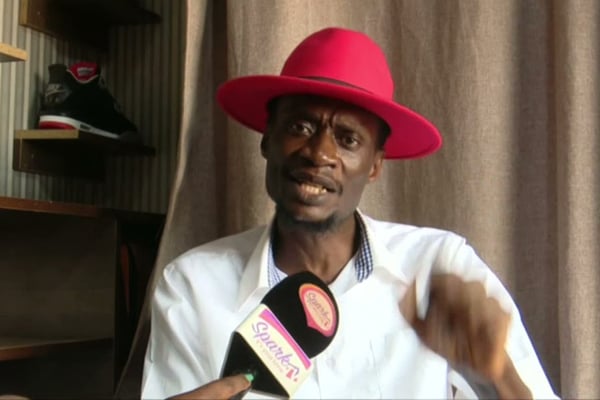