Kenya’s decision on October 3 to allow cultivation and importation of genetically modified (GM maize for mass consumption elicited mixed reactions in the country and East Africa, and exposed the incoherent policies on GM technology in the region.

While President William Ruto’s administration sees it as a means to unlock a supply line of relief food, easing hunger for millions of people in the country and the Horn of Africa, agriculture lobbies are urging caution, with some demanding that the government reverse the decision.

Kenya’s Cabinet said the decision to lift the 10-year ban was in response to the worst drought to hit the country in 40 years, which has left more than three million people on the verge of starvation.

But activists protested the move, raising concerns over the safety of GM foods.

“Food security is not just about the amount of food but the quality and safety of food,” said a joint statement signed by a dozen groups, including Greenpeace Africa. “Our cultural and indigenous foods have proved to be safer, with diverse nutrients and with less harmful chemical inputs.”

Kenya, like many other African nations, banned GM crops over health and safety concerns and to protect smallholder farmers, who account for the vast majority of rural agricultural producers in the country. But it faced criticism over the ban, including from the US, which is a major producer of GM crops.

Without a binding regional policy on GM technology, Kenya’s neighbours are scrambling to tighten controls, considering the porous borders.

Tanzania’s Agriculture minister Hussein Bashe said Dodoma was firmly opposed to the use of biotechnology in food production and would impose stronger measures to prevent GM food or cash crops produced in “neighbouring countries” from finding their way into the country.

“They have taken a wrong approach to such a contentious issue. It is not simply about ensuring food security in times of drought, as they seem to think,” said Constantine Akitanda, AfroNET spokesperson.

Kenya is the second country after South Africa to back out of an African Union resolution to adopt organic agriculture instead of genetically modified organisms (GMOs methods to minimise the effects of climate change.

Attempts by the East African Community (EAC to legalise GMOs hit a snag back in 2013 as it emerged that partner states were at different stages in the formulation of biosafety policies and legislation.

Kenya and Uganda are leading the region in embracing agricultural biotechnology. Tanzania has formulated a policy for biosafety legislation and regulation but has been slow in allowing practice.

In Rwanda and Burundi, biotechnology research and development is mainly confined to conventional techniques and traditional biotech applications. 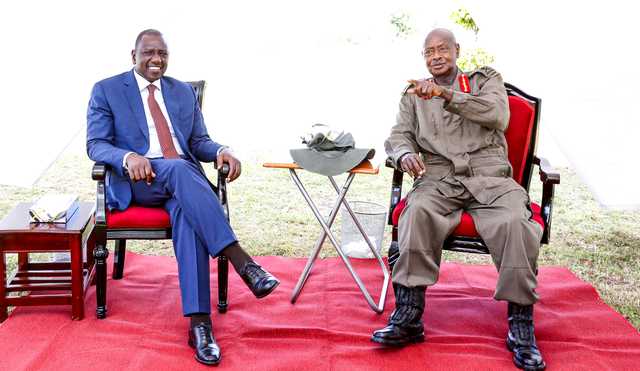