Eunice Wanjiku is long dead and forgotten. In the Kenyan records at the Ministry of Foreign Affairs – she is just another name.

By the time she died at the hands of her employer in Saudi Arabia, Wanjiku, 23, had lost most of her liberties.

In death, they had taken away her last liberty: Her name. After that, she was ‘unidentified.’ Unknown. Her family only learnt about Wanjiku’s death two years after her demise.

Tortured by her employer, humiliated, raped, and later killed – Wanjiku is today a statistic.

For the love of diaspora remittances, now amounting to $3,718 millionin 2021, the government has turned a blind eye to multi-billion-shilling house-help trade as long as the dollars can flow to the coffers.

In 2014, the government attempted to close Gulf’s house-help trade due to the reported abuse of domestic workers. But, after a few months, it was re-opened for a dubious reason.

Latest statistics from Central Bank show that for the first eight months of this year, Kenya received Ksh22.65 billion ($187 million from Kenyans living in Saudi Arabia as the country emerged as the third largest source of our remittances after the US, which brought in Ksh188.8 billion ($1.5 billion, and UK’s Ksh25.4 billion ($210 million.

Last month, the story of an emaciated Diana Chepkemoi, who was ailing and held against her will, touched many Kenyans.

Diana had gone to the Gulf hoping to save money to pay for her university education.

Kenyans’ uproar rescued Diana before becoming a statistic – and she has now returned to university.

But 23-year-old Beatrice Waruguru, whose disfigured body was brought back in May, was not as lucky.

The five-hour stand-off at Jomo Kenyatta International Airport, as her mother refused to sign papers to protest the torture her daughter was taken through, is a painful reminder of how the maid trade system is rotten.

The government knows that migrant workers in Jordan, Lebanon, and all Arab Gulf states have in place the archaic Kafala system, which ties the legal residency of a migrant worker to their employer for a specific period. During the days of slavery, this was called indentured labour.

Unlike in the West, where migration targets highly educated workers, the Gulf countries target migrants from vulnerable families to work as domestic servants in this Kafala system – where you can only buy your freedom.

In the Gulf, the girls sign documents written in Arabic. The handlers then take away the girls’ passports, thus restricting their right to any movement. After that, any escape could only take you to a detention camp.

During slavery in the Caribbean, some enslaved people were set free after paying the masters who had “bought” them the shipping and purchase fee.

Today, migrant domestic workers in the Gulf are employed on similar terms. However, they can only earn freedom if they pay their “sponsors” some hefty amount calculated as the agency recruitment fee, visa fee and air ticket.

The stories that come from the Gulf – and told by survivors – are straight from Satan’s compound.

When Slaida Vugutsa was killed in Saudi Arabia last year, she was partially buried by her murderer in the desert – before somebody stumbled on the grave.

It took several months before her family received the body. At the airport, they were inconsolable– and angry.

Last week, the family of Linet Akinyi, 24, who has been missing for three years, got the news that her body is in a Saudi morgue.

As the flow of dollars increases, the government has turned a blind eye to the number of cadavers of young girls that arrive at JKIA and continues to watch as agencies send more girls to the death traps of domestic labour.

And it is not that they don’t know. In September last year, the PS in the Ministry of Foreign Affairs, Macharia Kamau, told a parliamentary committee that 41 Kenyans had died in Saudi Arabia within nine months, apparently of cardiac arrest.

That means we lose approximately two girls every week. The scandal is that we don’t seem to see it as an indictment of how we treat our poor.

There is a deep history behind this Kafala system. Historians argue that slavery had always been a fixture of the Persian Gulf societies, and the rich had always imported cheap labour from East Africa, which was regarded as a reservoir of slaves destined for the Middle East markets.

The efforts to eliminate the slave trade in the 19th century had limited impact on Gulf slavery as the British patrol ships could not, at times, outrun the dhows.

More so, the British had to face the powerful Persian Gulf sheikhdoms. As a result, it signed treaties with some of these entities, which allowed them to retain domestic slaves – and to enslave the slave descendants.

In 1916, the British government – which had colonised the Gulf – signed a treaty with the Sheikh of Qatar, allowing the Sheikhs to retain their black slaves as long as they “accord the negroes fair and just treatment”.

At best, the British did not interfere with local forms of slavery as long as they did not threaten the colony. At worst, they did not care.

By this time, some Saudi families had started to import what historians call indentured labour, where those kidnapped or lured to the Kafala system were contracted to serve for several years without the option of leaving – unless they bought their freedom.

Today, in the Gulf states, we still hear stories of Kenyan girls asked to purchase their freedom by refunding the money used to recruit and ferry them into indentured labour.

This type of labour was popular in the 19th-century British empires, and it is a pity that it still thrives – and that we still allow our citizens to get enslaved.

If you read the literature on Caribbean slavery and its indentured labour, the similarities with Kafala system will shock you.

You will find that indentured labour from India replaced slave labour, which explains the immense Indian population in some Caribbean islands.

As the successor to slavery, indentured labourers operated in the same space as slaves – and some had been kidnapped to work as waged labourers.

In the British colony of India, this type of labour was called “coolie,” and the indentured labourers were once shipped and used to build the Kenya-Uganda railway in 1890. Many of these never found their way back home.

We know from the Gulf that the emancipation of enslaved Black people did not change their status since they had no place to go or means of subsistence.

Some historians have argued that the British popularised the current Kafala system to control the flow of migrants into the pearl hunting trade in the ocean, a lucrative business.

Rather than Britain’s control of these migrants, it allowed the employers to be in charge of their visas and delegated responsibility to the employers.

In essence, the British government left the migrant labourers outside its purview. That was in the 1920s.

Today, in Lebanon, for instance, Article 7 of the Labour Law expressly excludes migrant domestic workers from any labour protection.

As a result, they cannot enjoy a minimum wage, a limit on working hours, overtime pay, a weekly rest day, and freedom of association.

Thus, the girls we usually send to Lebanon to work under the Kafala system get trapped in regulations that mimic slavery.

In all these cases, workers cannot leave or change jobs without their employers’ consent. If they leave their employers without permission, they risk losing their legal residency and face detention and deportation.

Because domestic servants’ visa and freedom of movement is at the discretion of private entities, all stories emanating from the Gulf start with the employers seizing passports – meaning they have control of their subjects.

Amnesty International has raised all these issues in the Middle East. They have told governments that the Kafala system is subjecting domestic workers to unpaid labour, forced labour, physical abuse, rape, and dangerous working conditions.

In all the cases we have heard, the recruiting agencies in Nairobi have no say on the recruits once they pass through our “door of no return” – to borrow the name given to the place slaves boarded their ships in West Africa.

The number of girls dying in Saudi Arabia and other Gulf countries is alarming. Yet, we still continue to send hundreds of them into servitude – allowing them to be trapped in the Kafala labour system that has been dismissed by human rights bodies as a new form of slavery.

Dr Alfred Mutua, who has been picked as the next Cabinet Secretary for Foreign Affairs and Diaspora must streamline this trade – or stop it.

How many more should die before we stop this trade? 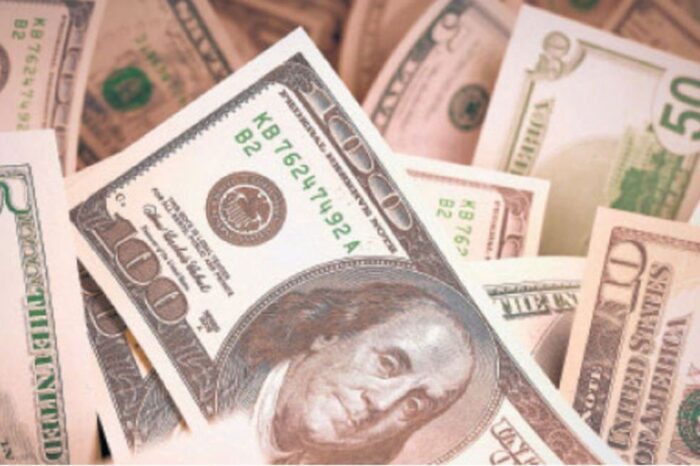