A populist campaign anchored on the hustler narrative, support from vote-rich regions that won the last two elections and significant inroads in the turf of rivals helpedDeputy President William Rutowin the presidency in the first attempt.

The United Democratic Alliance (UDA candidate polled 7,176, 141 (50.49 per cent to secure the 50 per cent plus one required to win the presidency in the first round, edging out his main rival, Azimio la Umoja One Kenya Coalition’sRaila Odingawho got 48.85 per cent of the vote.

The President-elect also secured at least 25 per cent of the votes in 39 counties – 15 more than the 24 counties required by the constitution – underlining the success of his campaign that targeted “those at the bottom of the pyramid”.

Dr Ruto succeeded to frame the contest as one between hustlers and dynasties through a campaign that transcended tribal affiliations and helped him limit the damage the narrative of Kikuyu-Kalenjin dominance at the helm would have had.

“I hereby declare that Ruto has been duly elected as the President of the Republic of Kenya,” Independent Electoral and Boundaries Commission (IEBC chairman Wafula Chebukati declared yesterday, as the President-elect and his spouse, Rachel, broke into broad smiles.

“I want to thank God for getting us to this point. I want to thank God that today we have concluded this election. I know there were predictions that I won’t get to the ballot, but because there is a God in heaven we are here,” said the President-elect who pledged not to seek vengeance against those who hounded him in an attempt to derail his presidential bid.

“This election was about issues, unlike the ethnic configurations that have characterised our elections. I am proud that the people of Kenya have raised the bar on us who are seeking leadership positions; not to sell ethnicity but our programmes,” he added, acknowledging voters had bought into his hustler nation manifesto.

Dr Ruto and his Deputy President designateRigathi Gachaguawere swept to power majorly by 17 counties that contributed nearly two-thirds of the total votes he secured to succeedPresident Uhuru Kenyatta.

On the path to becoming the country’s fifth president, a remarkable fête for the man who made his debut in elective politics in 1997 as Eldoret North MP, Dr Ruto inherited the Mt Kenya and Rift Valley bastions that were crucial to their victory with President Kenyatta in 2013 and 2017, while also eating into his rival’s strongholds in Nyanza, Western and Coast.

His main challenger, Mr Odinga, got 847,709 votes from Mt Kenya, which partly explains the close contest considering the ODM leader has performed poorly in the region in past elections.

Also read:Is this the end of ethnic groupings in determining who becomes king?

Taken together, these two regions contributed 4, 541,116 to Dr Ruto’s national tally, according to an analysis of forms 34B posted on IEBC’s public portal.

Considering the voter turnout averaged 65.4 per cent, the lowest of the last two elections, the performance in these vote-rich counties by Dr Ruto compared to Mr Odinga, who netted one million votes in Mt Kenya and North Rift, gave him a head start.

But it is the inroads Dr Ruto made in Mr Odinga’s previous strongholds of Coast and Western that cemented his victory.

Pollsters had in the run-up to the polls identified Tana River, Kwale and Lamu in Coast; Turkana, Samburu, Nakuru and West Pokot in North Rift; Narok and Kajiado in South Rift; and Bungoma and Trans Nzoia in Western Kenya as battlegrounds.

Dr Ruto’s victory, however, was marred by a split at the electoral commission.

***This article was first published in the Daily Nation. 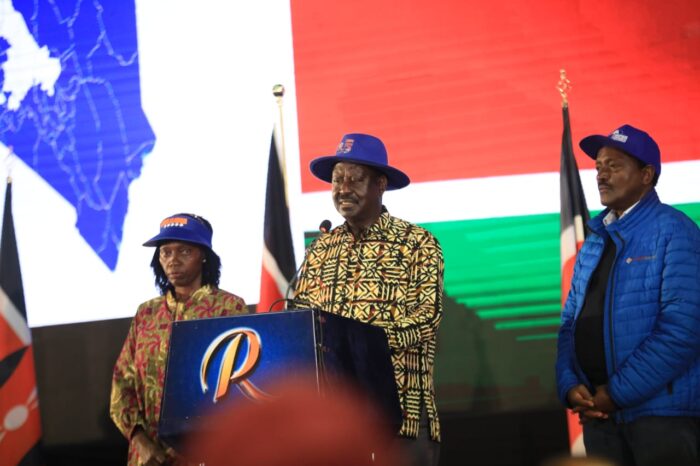