In Koassanga, a village south of Ziniare, 35km from the Burkina Faso captial Ouagadougou, it is harvest time. Displaced from Ouanobe, in the centre-north of the country, by terrorist groups, Bernard Sawadogo, 30, and his wife Georgette got a two-acre piece of land. They developed it and cultivated several crops.

But for the Sawadogos, this won’t be much of a harvest. The millet, maize and sorghum have withered.

On this late September day, Bernard and his wife are harvesting the few beans that are drying out. After more than three hours of work, the couple could not get the equivalent of a 50-kilogramme bag.

He is clear where the problem lies. First, terrorism.

“Because of the terrorist attacks in my village, I had to abandon everything, my animals, my field… Today, I have difficulty feeding my family. I’m not saying I was rich, but at least I didn’t lack anything,” he explains.

Next is climate change. He describes soil impoverished by erosion, insufficient rainfall and poorly distributed rainfall.

“I don’t have a large area; the soil has become much poorer. This year, we did not have good rainfall. We had several pockets of drought. I think this has affected the shape of the plants,” says Bernard.

A stone’s throw away is Antoine Zoma’s field. On this almost bare land, small grass plants are beginning to dry up. Only a dozen trees dot the clearing.

At a glance, erosion has taken its toll on the soil, which is highly degraded.

With his arms around his hips, Zoma is nostalgic about the time when he and his family used to come and look for dead wood, and when the maize was already ripening in July.

“We are at the end of September and it is now that it is ripe. With this, we cannot get good yields. I don’t know what we’re going to eat next year,” he mumbles in disappointment.

Zoma says he has watched helplessly the effects of climate change over the past 10 years, with all its consequences: High heat, poor distribution of rainfall, poor soil, lower agricultural yields and more.

These factors led to increasing desertification of the Central Plateau. The natural resources and environmental wealth continue to deteriorate inexorably from year to year, regrets Sam Tokoro Bacye, an agro-ecologist.

He notes the progressive disappearance of several plant species.

“Environmentally, we are witnessing desertification through the deterioration of the plant cover and the erosion of the humic layer. The land is becoming increasingly arid and sterile, with obvious repercussions for agricultural production and the living conditions of the populations,” says Tokoro Bacye.

The demographic explosion with the large arrival of internally displaced people in certain localities of the country due to terrorism, only aggravates the situation, says Nassirou Kinda, an agronomist.

In her 60s, Georgette Sawadogo had to agree, reluctantly, to share her cultivable farmland with newcomers.

She gave up more than a hectare to a family of displaced people. Faced with the “loss” of part of her field and the vagaries of the climate, Georgette changed her crops.

“Before, I used to grow pearl millet. But it has a long production cycle. Now I grow beans. And even that requires a lot of fertiliser. All this has an impact on our agricultural yields,” she said.

What worries the Sawadogos even more is the increase in food prices.

The reduced availability of cereals following the low production in 2021, reduced trade flows, restrictions on cereal exports out of Burkina Faso and the high import costs of commodities, partly linked to the crisis brought on the by the Russian-Ukrainian war, have more than doubled the cost of basic commodities in 12 months, the UN’s Food and Agricultural Organisation (FAO said.

Terrorist attacks have disrupted agricultural activities, says Estelle Zoungrana, the regional director in charge of agriculture in the Central Plateau region. Although the region has not yet registered a case of terrorist attacks, it has a large number of internally displaced populations.

However, even if IDPs are able to work on the land where they have taken refuge, the displacement of large numbers of agricultural producers, has led to a sharp decrease in cultivable land being farmed, and a drop in agricultural production at the national level, says Zoungrana.

Without access to their land to practice their agricultural and livestock activities, entire communities become dependent on aid for survival, especially for food and water, the official note reads.

“Violence in the Sahel is not only exacerbating the food crisis; it is causing it. The situation is critical and the lean season could be catastrophic. Suffering the negative effects of climate change, Burkina Faso is also hit by the most severe drought in decades,” the International Committee of the Red Cross noted earlier in the year.

Between 30 percent and 50 percent of cultivated land has been lost due to insecurity in the north of the country. To mitigate this disaster, the government its development partners are stepping a series of measures.

Initiatives have been rolled out to work with rural populations to adopt sustainable production techniques such as integrated management of soil fertilisation by supporting the production of organic soil improvers, soil restoration, making seeds of improved varieties available at subsidised prices, which are capable of resisting pockets of drought and have a very high yield potential, and the provision of quality fertilisers at subsidised prices, among them. In some places, IDPs have been given alternative arable land and agricultural inputs.

The agro-ecologist, Sam Tokoro Bacye, heads the Association for the Promotion of Sustainable Agriculture (APAD. For him, agro-ecology is one of the tools with which to approach agriculture in climate change-challenged times. APAD has encouraged farmers to move towards crop associations, the preservation of trees in croplands, the planting of fertiliser trees, the production of their own compost and the production of bio-compost.

Other organisations like the Alliance for a Green Revolution in Africa (AGRA, which renewed in May 2019 its commitment to support the country’s agri-food plans, aim is to build farmers’ capacities in integrated soil fertility management and agricultural practices adapted to local climatic conditions.

The aim is to contribute to the food security of small producers and to job creation. That is, if terrorism does not upend their lives. 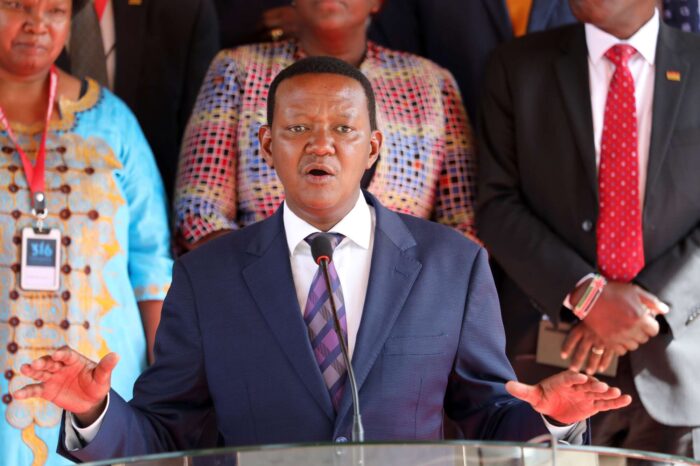