President Ruto said the escalation of hostilities might ruin the 2018 peace agreement.

“The increasing insecurity, violence, displacement and unfolding humanitarian crisis is detrimental to the peace and stability of SouthSudan and the East Africa region as a whole,” said Dr Ruto in a statement Saturday.

Deadly fighting between rival factions in Upper Nile and parts of Jonglei states has been ongoing since mid-August this year, leading to massive displacement of civilians.

Women and children bear the greatest brunt, Dr Ruto said, noting that they are in desperate need of food, water, shelter and medical supplies.

The President stressed that the widening political division is impairing any hopes for resumption in the implementation of the revitalised peace deal.

“As a neighbour and guarantor of the South Sudan peace process, I, on behalf of Kenya, bring these concerning developments to the attention of the wider international community and call for a focus on immediate intervention geared towards de-escalation, peaceful resolution and coexistence among the parties involved.”

He said he spoke to President Kiir and “strongly implored him -in concert with all parties involved- to deploy their best efforts to lead the country from the brink and back to a path of durable peace as envisioned in the deal”.

While urging the international community to intervene, he said Kenya was airlifting a shipment of foodstuff and essential medical supplies to Upper Nile and Jonglei states.

Initial fighting began in Panyikang and Fangak counties in Upper Nile State in July before escalating into heavy conflict by mid-August. It has since spread to parts of Jonglei and Unity states.

Last month, President Kiir was forced to airlift the king of the Chollo Kingdom, Reth Kwongo Dak Padiet, to Juba after fighting spread to Fashoda County, where he resided.

Activists, aid agencies and the UN Mission in the country have condemned the violence and called on the national government to deploy security forces to contain the situation. 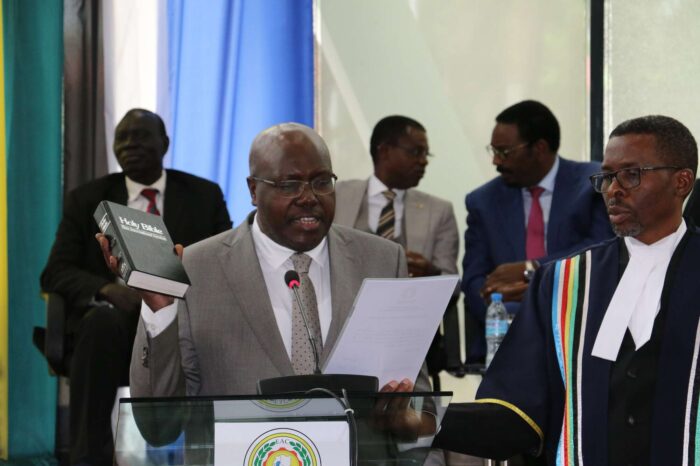