Insufficient resources to deal with the Ebola outbreak and to conduct vaccine trials are putting more lives at risk in Uganda where the virus continues to spread more than a month after the outbreak.

Health authorities had said they will deploy trial vaccines for frontline medical personnel to stem spread of the virus, but this has not been implemented three and a half weeks later.

According to Health ministry spokesperson Emmanuel Ainebyona, the government does not yet have a tentative date when it will receive the vaccines that are being paid for by the World Health Organisation (WHO, Coalition for Epidemic Preparedness Innovations (Cepi and the Global Alliance for Vaccines and Immunisation (Gavi.

“Once they are here, we shall start the clinical trial,” Ainebyona said.

In a joint statement on Thursday, Uganda’s ministry of Health, Cepi, Gavi and WHO said they had outlined a plan to accelerate research during the current outbreak to ensure access to investigational doses, and to facilitate scaling up and access to any subsequent licensed vaccine.

By going for the trial vaccines, the ministry of Health will be evaluating the efficacy of three candidate vaccines for the Sudan strain – Oxford from the UK and Sabin and Merck from the US.

The main objective is to evaluate their efficacy to protect primary contacts of Ebola patients within 29 days of contact.

“By embedding research at the heart of the outbreak response, we can achieve two goals: to evaluate potentially efficacious candidate vaccines, and to potentially contribute to end this outbreak and protect populations at risk in the future,” the joint statement said.

The Makerere University Lung Institute will conduct the vaccine and therapeutics clinical trials.

But as the trials delay, new Ebola cases continue to rise and the ministry has for two weeks in a row complained about inadequate funding to effectively trace contacts, treat cases and conduct surveillance in areas already gazetted as high risk.

Confirmed infections are now at 131 and deaths at 46 as at November 1, 2022, with 2,183 contacts of confirmed cases being traced or monitored.

Last week, Minister of Health Jane Ruth Aceng said that while the government needed about $20 million (Ush72 billion to curb the spread of the Ebola virus, donations were not directly coming to Uganda, but through agencies like the WHO.

The US ambassador to Uganda, Natalie E. Brown, whose government has already extended Ush85 billion ($22.3 million to Uganda since the outbreak of the disease, said on Wednesday that the bulk of the money was dispatched through other entities due to concern that funds released to the government are usually not accounted for.

“We do work with partners here; they are located nationwide and they have contacts on the ground, the structures to share a response. But I think a very real concern, and I think every Ugandan shares this, is the issue of corruption in Uganda. There was a report released by the IGG (Inspector General of Government about the cost of corruption and how people will say ‘leaking’ donor-associated funds from where they need to go,” she said.

“This is a very real and serious challenge. And that is also one of the reasons why we work with so many partners instead of providing budgetary support.”

On Wednesday, Dr Aceng asked parliament for a supplementary budget of Ush72 billion ($20 billion to fund efforts to deal with the outbreak. She said the government was yet to allocate a significant amount of money to fight the disease, which is discouraging some partners from contributing.

“Partners usually inquire about government input before they declare their resources. We are seeing partners declaring resources mobilised on social media, which we do not have information about,” she said.

The highly infectious disease has spread to schools in Kampala and Mubende and over 30 contacts are being monitored, a situation that has sent shock waves among parents and in the government.

In a move that many see as shifting responsibility to parents, Dr Aceng said schools should make arrangement to send children home sooner.

“It will be extremely nice if the ministry of Education considered early exams so that we are left with the candidates only. The fewer learners at school, the easier it will be for us to carry out surveillance to see that they are safe,” the minister said.

Schools are scheduled to close on December 9 but the government is considering shortening the school term by two weeks to control the spread of the disease. 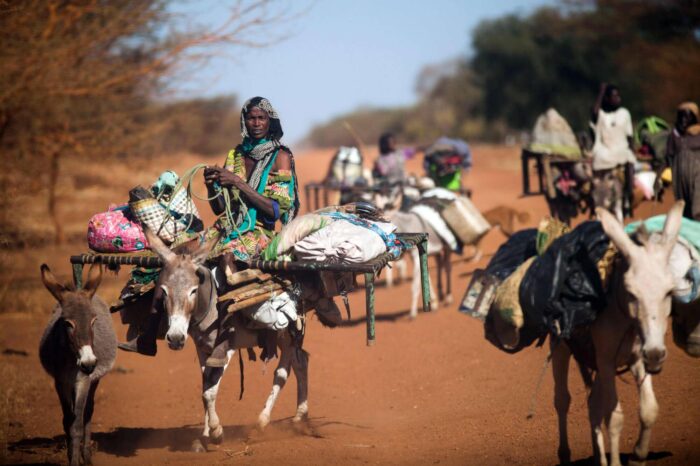 Sudan and South Sudan agree on how to draw Abyei border