A court in the United Kingdom has validated the controversial deal with Rwanda to have migrants resettled in Kigali, giving respite to officials of both countries who had defended the pact.

The High Court in London said the deal does not violate the refugee convention or human rights laws. However, it ruled that each of the eight individual migrants cited in the case, who had arrived by boat to the UK, had been treated unlawfully.

The court asked the Home Secretary to reconsider their case.

It also said any appeal would be heard in January next year.

Both countries will now wait at least until the decision of the court on appeal to implement their migration deal. The asylum arrangement, which seeks to control illegal migration on boats across the channel from France, will see the asylum seekers immediately transferred to Rwanda, where their paperwork will be processed.

While the UK government has always said it is confident that the arrangement is legal, the decision by the court is expected to face appeals by either side, further delaying the implementation.

Omar Daair, British High Commissioner to Rwanda, told The EastAfrican on Wednesday last week that both governments have established the framework to allow the pact to be successful and get off the ground.

The UK has already paid Rwanda £120 million to facilitate the process.

“If the overall partnership is deemed unlawful, that would be a more complicated process, but I think what you would see is that the UK government would appeal that ruling depending on exactly what the judges have said are the issues with the process,” Mr Daair said.

Kigali says migrants will be entitled to full protection under Rwandan law, equal access to employment, and enrolment in healthcare and social care services, as well as the issuance of necessary identification documents.

The deal made public on April 14 this year has been delayed due to multiple legal challenges lodged by human rights activists concerned about the arrangement and Rwanda’s suitability as a host country.

They also object, in principle, to the use of ‘externalisation’ policies and consider that the deal undermines the post-WW2 international protection regime.

The UN refugee agency and other refugee law experts have questioned whether the deal is compatible with the UK’s obligations under refugee and human rights laws.

But both Rwanda and UK remain committed to implementing the arrangement and continue to promote it to UN agencies and other countries as an innovative solution for a “broken” international refugee protection regime.

They contend it will deter criminality, exploitation, and abuse and support the humane and respectful treatment of refugees.

“If you enter the UK illegally, you should not be able to remain here,” UK Prime Minister Rishi Sunak told Parliament last week on Tuesday, announcing a new five-point strategy for dealing with illegal immigration.

“Instead, you will be detained and swiftly returned either to your home country or to a safe country where your asylum claim will be considered.”

Mr Sunak said the government would restart flights to Rwanda and announced that Parliament would be asked to set quotas for how many can be admitted for humanitarian reasons.

The first flight to take asylum seekers from the UK to Rwanda was cancelled on June 14 minutes before take-off after a late intervention from the European Court of Human Rights.

The UK and Rwanda agreed to a Migration and Economic Development Partnership in April 2022. It includes a five-year ‘asylum partnership arrangement’ as detailed in a memorandum of understanding (MoU signed by the UK Home Secretary and Rwanda’s Minister for Foreign Affairs.

The asylum arrangement allows the UK to send some people to Rwanda who would otherwise claim asylum in the UK. Rwanda will consider them for permission to stay or return to their country of origin. They will not be eligible to return to the UK. People who arrived in the UK on May 9, 2022, are being prioritised for consideration for relocation.

In return, the UK is providing £120 million in funding to Rwanda. It will also pay for each relocated person’s processing and integration costs. Ministers expect these will be similar to asylum processing costs in the UK. The UK has also committed to resettle an unspecified number of vulnerable refugees currently in Rwanda.

People facing relocation to Rwanda can bring individual challenges to the policy’s application in their cases. 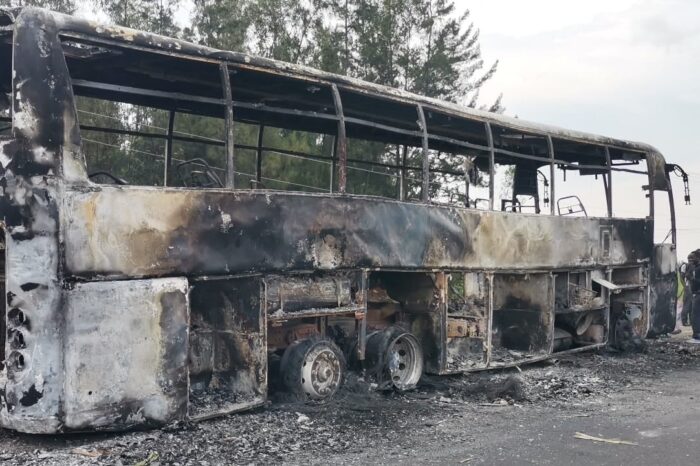