The ceasefire took effect in North Kivu province at the weekend following a summit between DRC and its neighbour Rwanda.

It was to have been followed by a rebel pull-out from captured territory, a withdrawal that has yet to take place.

The sources said fighting resumed Thursday in Kirima, about 10 kilometres from the town of Kibirizi.

“Fighting resumed this morning between the FARDC and the M23,” said Paul Lutibahwa, head of civil society groups for the Bambo region. The FARDC stands for the armed forces of the DRC.

“The rebels have crossed the bridge, heading for Kibirizi… there’s panic,” he said, an account confirmed by a representative of civil groups there, who said that people were fleeing.

A security official, speaking on condition of anonymity, accused the M23 of having breached the ceasefire and “carrying on looting and fighting”.

A DRC army officer, who also asked not to be identified, said: “The fighting is heavy — we are using heavy artillery.”

Contacted by AFP, the M23’s military spokesman Willy Ngoma confirmed that there was fighting with the army.

The March 23 movement, or M23, is a predominantly Congolese Tutsi rebel group that was dormant for years.

It took up arms again in November last year and seized the town of Bunagana on the border with Uganda in June 2022.

After a brief period of calm, it went on the offensive again in October, greatly extending the territory under its control and advancing towards the city of Goma.

Kinshasa accuses its smaller neighbour Rwanda of providing M23 with support, something that UN experts and US officials have also pointed to in recent months.

Kigali disputes the charge, and in turn accuses Kinshasa of collusion with the FDLR — a former Rwandan Hutu rebel group established in the DRC after the genocide of the Tutsi community in 1994 in Rwanda.

Talks between the two countries in the Angolan capital of Luanda unlocked a truce agreement on November 23.

The ceasefire was scheduled to take effect on Friday, November 25 at 1600 GMT and be followed by a pull-out by the M23 two days later.

A parallel initiative has been undertaken by the East African Community (EAC, a seven-nation regional bloc that includes Rwanda.

It has decided to deploy a regional force to help stabilise the region, for which Kenyan troops are already deployed in Goma, and on November 28 launched peace talks, to which the M23 are not invited.

Until Thursday’s violence, there had been no fighting between government forces and the M23, although the rebels had clashed with local militia, especially in the Bambo area, where civilian casualties were reported.

The Vatican, meanwhile, announced that Pope Francis would visit the DRC and South Sudan from January 31 to February 5.

His trip to the two countries had been planned for July this year but was postponed because the pope was undergoing treatment for knee pain.

His stay in the DRC from January 31 to February 3 will take place in Kinshasa and no longer includes Goma.

The site that had been chosen for a papal mass, located 15 kilometres north of Goma, is currently occupied by a forward position of the armed forces.

Scores of armed groups roam eastern DRC, making it one of Africa’s most violent regions.

Many are legacies of two wars before the turn of the century that sucked in countries from the region and left millions dead.

Another march staged by the Catholic church took place in Bukavu, in neighbouring South Kivu province. 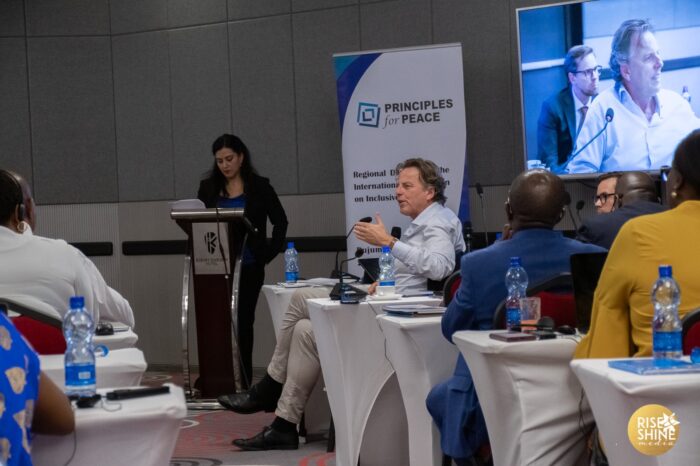