Observers laud Kenya for increased number of women in polls

More women ran for office, and won, in the just concluded Kenyan General Election compared to the previous ones, a result of efforts by state agencies working together to improve enabling political environment for female candidates.

Official results also showed that 22 women, out of the confirmed results for 108 seats, had been elected. Seven of them had won back their seats. This tally excludes the 47 seats allocated to women contenders only, and whose holders are known as Woman Representatives.

Read:EAC observers laud Kenya for successful use of technology in election

A preliminary report by the joint observation mission of the International Republican Institute (IRI and the National Democratic Institute (NDI have lauded the changes that have seen political parties field more women candidates in this year’s election.

Generally, women accounted for 12.18 percent of all candidates and 49.12 percent of all voters, which the observers have flagged as “underrepresentation” of women in the political environment, despite the little progress realised.

Donna Brazile, a board member of NDI and the co-leader of the mission said they hope and expect all Kenyans will “work together to make Kenya’s democracy improve the lives of all of her citizens, in particular marginalised communities, including women, youth and persons with disabilities.”

However, the observers identified a number of issues that still stand in the way of women’s candidature and victory in the elective seats they run for, the main one being the inability to mobilise adequate funds to finance their campaigns.

Also, the female candidates reported several cases of harassment both online and on the campaign trail and were “subjected to verbal abuse and psychological violence from their opponents and their supporters,” the preliminary report suggests.

On the positive, the office of the Registrar of Political Parties enforced the two-third gender rule for party membership lists, that compels political parties to nominate no more than two thirds of a single gender to parliament for county assemblies.

The two-thirds gender rule in the Kenyan constitution, which specifies that no more than two thirds of either gender may occupy elected public bodies, is yet to be enacted to fully implement it.

This has been cited as a persistent barrier to women leadership in the country.

So far, more women have been declared winners of a number of elective seats compared to the last election, including governors for four counties and several parliamentary seats in the Senate and National Assembly. 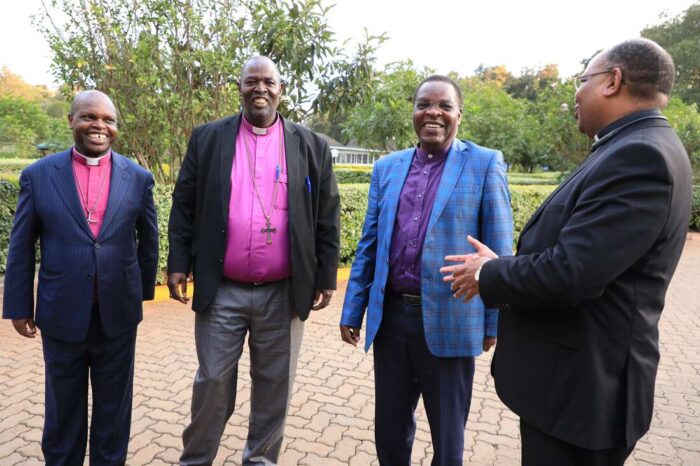