Three months after Russia invaded Ukraine, causing one of the biggest modern displacements of civilians in Europe, East African students who were in the latter country for studies are uncertain of completing their education.

These students had taken up studies in Ukraine either through government-to-government scholarship programmes or individual sponsorship seeing as the country boasts cheaper tuition fees.

Figures from ministries of Education of East African Community member states show at least 400 students from the region, who were studying in Ukraine, were evacuated when Russia invaded Ukraine.

Now, Change.org, a global organisation that helps people seek justice, is running a petition to fight for African students in Ukraine universities whose education was affected by the invasion.

Korrine Sky, originator of the petitioner and a human rights defender is looking for over 2,500 signatures. By Thursday, over 2,100 people had signed the petition.

“We are calling on Unesco, the Global Education Coalition, the European Commission, universities in Europe, Britain, the Irish States, Canada and the United States and all countries that are concerned with education to put in place a support package…

“…and scholarships for African students whose studies have been disrupted by the war in Ukraine so that the students continue with and finish their studies,” said Ms Sky.

According to the petition titled “What next for African students who fled Ukraine?” the country was home to over 70,000 international students.

Nearly a quarter of the foreign students were from Africa with the largest coming from Nigeria, Morocco and Egypt. Kenya had 183 students studying in various universities in Ukraine, Uganda has over 100 students while Tanzania had 11 students. Rwandan Deputy Government spokesperson Alain Mukurainda in March revealed that there were 86 Rwandan students studying in Ukraine.

In March, Kenya’s Ministry of Foreign Affairs Principal Secretary Macharia Kamau defended that the Ministry of Education was responsible for their travel back to the country.

For many years, Ukraine has long appealed foreign students and can be traced back to Soviet era when there was a heavy investment in education.

The reforms in the education sector at the time caused a heavy investment in higher education in Ukraine and a deliberate attempt to attract students from newly independent African countries.

Ukraine universities are seen as a gateway to the European job market as their degree courses, offered mostly in English, are affordable and widely recognised.

Most of the students join Ukraine universities to study medicine, engineering, business, aviation, maritime, economics, pharmacy, nursing, management and tourism among other courses.

The courses take two to six years depending on the university.

African students at the main train station in Lviv, Ukraine on March 9, 2022. At least 400 students from the East African Community have been evacuated following Russia’s invasion of Ukraine. PHOTO | AFP

Uncertain of their future

However, when the invasion happened, thousands of students fled, hundreds of others were trapped and many remain uncertain about the fate of their education.

Majority have also been unable to access online learning and are being denied scholarships unlike their classmates, who are Ukraine nationals.

Change.Org argues that while the world has rightly opened its arms to Ukrainian refugees, African students have experienced racism and discrimination.

“We are asking that African students be offered access to university places on the same terms as their Ukrainian counterparts,” reads the petition.

The petitioner reveals that some of the students have become nomads in European countries and others have either been detained, deported or returned to their countries of origin.

“Ukrainian and African students fled the war together, yet Ukrainian students are receiving remarkable support while their African counterparts are facing obstacle after obstacle and have been left to fend for themselves or rely on grassroots organisations for support,” reads the petition.

“Everyone should have a right to education and this should not be a right that is given to some and not others,” she said.

But more disconcerting, Ms Sky writes in her petition, many Ukrainian universities will not give these students transcripts while some of the universities the students are applying to claim they do not believe the students were even residents or students in Ukraine.

Godson Elizua, in a comment, revealed that he is one of the affected African student and is hoping to get help to continue with learning.

“I want to continue my education as one of the African students who were displaced during the Ukrainian invasion,” he said.

Benson Taylor said open racism is being practised against the already traumatised citizens of other nations, especially against African and Asian students.

Another petitioner, Badmus Yinusa, wrote, “I want all displaced students irrespective of their nationalities to get equal treatment across the globe, because humanity is one.”

Amina Farouk, a student, said she had to leave her education in Ukraine but she doesn’t know what will happen next.

Another student, Ajala Philip, said he is signing the petition because he was among those greatly affected.

“I am a student affected by the Russian invasion of Ukraine and we faced a lot while fleeing the war.

‘‘Right now, we are displaced all over Europe and we need to be placed into different educational institutions for continuation of our education,” he said.

The petitioners say, the African students were part of the Ukrainian economic mainstay.

They paid their fees, associated costs, even much more than their Ukrainian counterparts, they add, and need to be supported to complete their education in safety like their Ukrainian classmates.

“I am signing because I am a poor student and grassroots feminist in school struggling to finish meteorology and knowing what climate refugees will need when it happens in the global south where I am from Kenya.

‘‘We need to have precedence and a route to start helping other students that need it now and will need it in the future,” said Carlisle Nyambura.

Since the war began, Unesco, the Global Education Coalition, the European Commission have been in the lead calling for peace and respect to human rights and access to education.

According to the Ukrainian Ministry of Education and Science, the country has 695 vocational institutions and 336 higher education institutions. 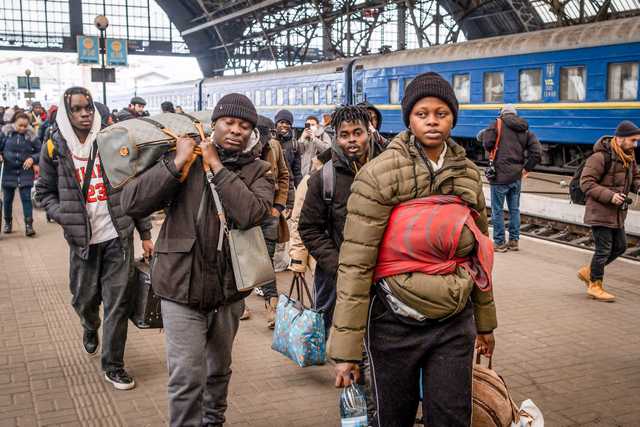 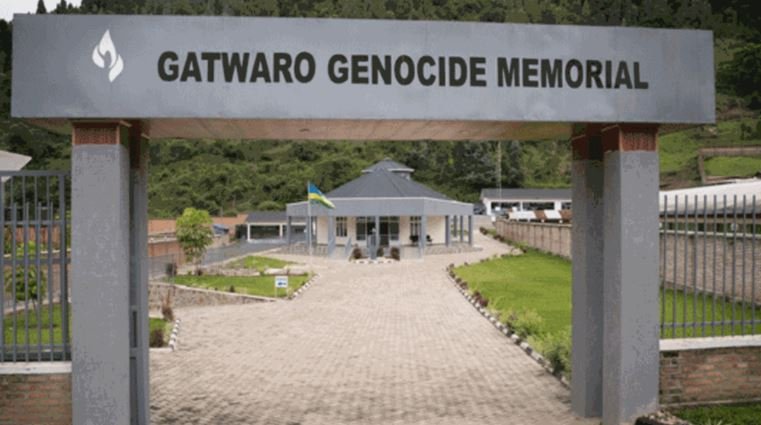