A Uganda Member of Parliament who was reported missing after taking a taxi in Nairobi, Kenya, is reported to be in Kampala.

On Tuesday, details emerged of how the Ugandan legislator left Samra Court, located along Argwings Kodhek Road in Nairobi, and made his way to Kampala.

TheNationestablished that the legislator left the Nairobi apartment without informing any of his colleagues from the Uganda Parliament.

On October 9, he asked a guard at the city apartment to get him a taxi to drop him off at Tom Mboya Street. It has been established that upon reaching Nairobi Central Business District, the Ugandan legislator proceeded to Latema Road where he booked a Molo Line matatu to Nakuru City.

A senior detective privy to the matter said that once in Nakuru, he then boarded another vehicle. His phone signal showed that by 2 pm he was in Eldoret, Uasin Gishu County. He then proceeded to Bungoma County before travelling to Kampala.

Unaware of Mr Wakikona’s whereabouts, his colleagues filed a missing person’s report at Kilimani Police Station, prompting Directorate of Criminal Investigations officers to track him down to the Kenya-Uganda border. The officers could not get hold of the MP as he had already crossed into Uganda.

“A missing person report was filed at Kilimani police station and the DCI took over the investigations. The MP has already returned to Uganda,” Kilimani Sub-County police boss Andrew Muturi said on Tuesday.

Shortly after reports of Mr Wakikona’s disappearance appeared on Tuesday, he issued a statement in Uganda saying he was safe and asked local journalists to find him within Parliament Buildings in Kampala.

“I am here [in Kampala], you come to Parliament you will see me,” he said.

Since he was re-elected in the 2021 Uganda General Election, Mr Wakikona has been embroiled in a court case challenging his academic qualifications.

Mr Watila rejected the poll results and filed a petition at the Mbale High Court, accusing his opponent of electoral malpractices, which he alleged had denied him victory.

He also cited discrepancies in the names on the academic documents belonging to his rival, saying that he did not swear a poll deed before his nomination.

But Wakikona’s lawyers from Tumusiime Kabega and Co. Advocates told the court that the affidavits that accompanied the petition were defective since they were prepared by a commissioner of oaths who never had a valid practising certificate. 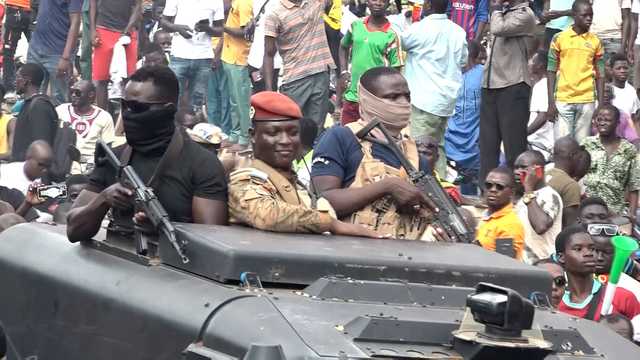 Irony of West Africa coups over cycle of jihadist violence