At least 56 journalists across Africa have been jailed in connection with their work, with Egypt and Eritrea being among the top jailers of journalists globally, ranking position seven and nine, respectively, according to a report by the Committee to Protect Journalists (CPJ published on Wednesday.

Eastern Africa leads sub-Saharan Africa in jailing of journalists, with Eritrea, Ethiopia and Rwanda named among the world’s biggest violators of press freedom, according to the latest census of the Committee to Protect Journalists (CPJ.

According to the CPJ census, Egypt had 21 journalists in prison while Eritrea had 16 as at December 1, 2022.

On December 14, the press freedom watchdog, which is based in New York City and which defends journalists’ rights, released the 2022 report, which cites conflict, repression of minorities and authoritarian leadership as the reasons the year set another record, with a total of 363 reporters imprisoned worldwide.

The report shows that this year, the number of jailed journalists spiked to a new global record — rising over last year’s by 20 percent — but Eritrea remains sub-Sahara and Eastern Africa’s worst jailer of reporters, and ranks ninth globally.

“The 16 in its cells have been held without trial or access to their families or lawyers for periods ranging from 17 to 22 years,” the CPJ report says of Eritrea.

Following pressure from the US and the European Union this year over its human rights record, Egypt released some prisoners, including jailed journalists. However, more journalists are still detained, “among them editor Ahmed Fayez for posting on Facebook that prison authorities are force-feeding journalist Alaa Abdelfattah to keep him alive during his prolonged hunger strike”.

Despite recently releasing on bail journalist Natnael Gecho, Ethiopia still has a bad reputation for press freedom as the authorities in Addis Ababa have intermittently detained more than 60 journalists — most of them for prolonged periods without formal charges — since the start of the war in Tigray in November 2020.

According to the CPJ census, the conflict worsened the situation for journalists in Ethiopia because on-the-ground fighting is accompanied by misinformation, disinformation and a war of narratives on social media.

The watchdog says at least five journalists are being held in the Tigray city of Mekelle but these are not listed in CPJ’s census because their jailers are non-state actors, noting that this is a telling indicator of the dangerous conditions for reporters trying to cover the conflict.

In Rwanda, there are four journalists behind bars, three of whom publish their work on YouTube — which CPJ says is one of the country’s few remaining publishing platforms as the space for dissenting speech closes down within the traditional media.

At least two of those YouTubers behind bars, Aimable Karasira and DIeudonne Niyonsenga (also known as Hassan Cyuma, have allegedly been subjected to torture and ill-treatment.

The report also notes that Cameroon has appeared in the CPJ prison census every year since 2014, and is thus sub-Saharan Africa’s second worst jailer, with five reporters arbitrarily detained under an opaque system that includes the use of military tribunals to persecute journalists, who are civilians under international law.

“In a year marked by conflict and repression, authoritarian leaders doubled down on their criminalisation of independent reporting, deploying increasing cruelty to stifle dissenting voices and undermine press freedom,” the report says.

“It’s been another record-breaking year for the number of journalists jailed for practicing their profession,” says Arlene Getz, CPJ’s editorial director.

Globally, the annual prison census found that 363 reporters were deprived of their freedom — a new global high that overtakes last year’s record by 20 percent, marking another grim milestone, in a deteriorating media landscape.

However, a separate report by Reporters Without Borders (RSF published on Wednesday states that the number of journalists imprisoned around the world hit a new record of 533, up from 488 last year.

Iran had the most imprisoned journalists globally with 62 in jail, followed by China with 43, Myanmar (42, Turkey (40 and Belarus (26.

“In Iran, dozens of journalists are among the estimated 14,000 Iranians arrested during the crackdown on protests sparked by the death in police custody of Mahsa Amini, a 22-year-old Kurdish woman arrested for allegedly breaking Iran’s hijab law,” CPJ report states.

The CPJ also notes that governments are trying to keep the lid on broiling discontent in a world disrupted by Covid-19 and the economic falling-out from Russia’s war in Ukraine.

“In China, authorities tightened online censorship during recent protests over the government’s zero-Covid lockdown policies and several journalists are reported to have been briefly detained while covering the demonstrations.” 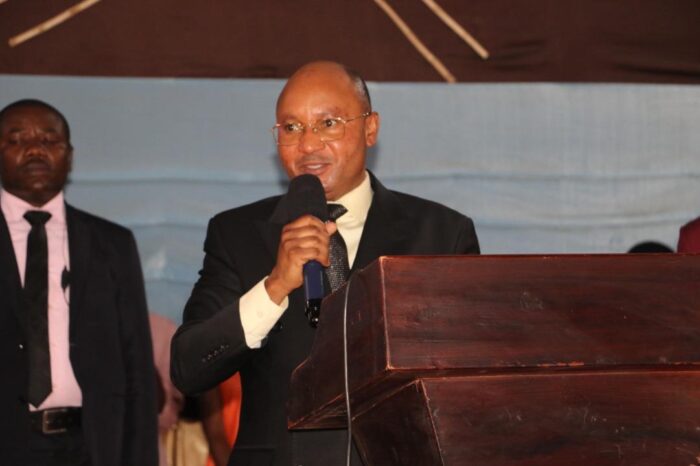