On Wednesday, President Ruto tweeted that Kenya would no longer recognise the SADR, the portion of Western Sahara ruled by the Polisario Front exiled in neighbouring Algeria. The territory has been contested by Morocco since 1975, even though the SADR is a member of the African Union like Morocco.

“Kenya rescinds its recognition of the SADR and initiates steps to wind down the entity’s presence in the country,” Dr Ruto said.

He had on Tuesday met with Sahrawi President Brahim Ghali, who attended his inauguration at Kasarani.

“Kenya supports the United Nations framework as the exclusive mechanism to find a lasting solution to the dispute over Western Sahara,” he said after meeting Moroccan Foreign Minister Nasser Bourita.

The bit about recognition was later deleted, but State House offered no explanation on the position.

By a tweet, the President may have departed from history, including his predecessor Uhuru Kenyatta’s, and by deleting the tweet, he may have left confusion on just which way the country’s foreign policy will go.

Yet some observers think the presidency was only playing realistic politics: Choosing a side that brings direct benefit.

“It could be a strategic business move and Kenya may also be moving towards a neutral approach on this matter, given the role of Morocco,” said Dr Hawa Noor Z, a peace and security researcher and analyst for the Horn of Africa and associate fellow at the Institute for Intercultural and International Studies (InIIS in Germany.

“Morocco is backed by many powerful countries, including Israel, that have been normalising relations with many Arab states. If you look at this trend and how Kenya is strategically placing itself, in business, especially for this regime, it becomes somehow clear where things are going,” she toldThe EastAfricanon Thursday.

She, however, added that the abrupt announcement might run counter to the ‘hustler’ way of supporting the oppressed across the continent.

Later, the President indicated that relations with Morocco would be speeded up “in areas of trade, agriculture, health, tourism, energy, among others, for the mutual benefit of our countries”.

Morocco is one of the main producers of fertiliser on the continent, which the President had promised to look for, at cheaper prices, for Kenyan farmers.

In spite of the deleted message, Morocco reinforced the announcement, publishing a lengthy statementthat also indicated that Kenya would be opening a resident embassy in Rabat.

“The Republic of Kenya has decided to revoke the recognition of the pseudo-SADR and to begin the steps for the closure of its representation in Nairobi,” the statement said.

By Thursday,the diplomatic mission of the SADR in Nairobi had not been formally informed of a closure requirement, according to diplomatic sources who spoke to The EastAfrican.

However, the biggest headache may be forKenya’s ambassador to Algeria, Peter Katana Angore.

In May, he became the first Kenyan ambassador to present credentials to the SADR government exiled in Algerian refugee camps.

His statement after the ceremony reiterated Kenya’s decades-old policy.“The Republic of Kenya has always stood in solidarity with the Sahrawi people in their quest for independence,” he said after meeting Mr Ghali.

SADR set up a resident mission in Nairobi during President Kenyatta’s term.

“Kenya’s position on the question of Western Sahara is predicated on the fact that Kenya, as a country, owes its existence, to a large extent, on the principle of self-determination of peoples as enshrined in the United Nations Charter.

“We have a historical parallel with the people of Sahrawi and we stand with them. We are strongly convinced that by virtue of equal rights and self-determination of peoples, all peoples have the right to freely determine, without external interference, their political status and to pursue their economic, social, and cultural development. As believers of a rules-based international system, we observe this principle.”

Dr Ruto’s office had butted away claims on Sahrawi before.Last year, while serving as Deputy President, Dr Ruto denied remarks attributed to him by then Moroccan Ambassador to Kenya Mokhtar Ghambou that had suggested the DP supported the autonomy of Western Sahara.

His then chief of staff, Ken Osinde, wrote to the Ministry of Foreign Affairs denying the attribution.

Critics said the decision was made in a rush, especially as there is no substantive Cabinet secretary yet to handle the diplomatic dilemma. In the past, critical policy shifts were discussed in the Cabinet first.

“Whoever advised the President on the Moroccan/Sahrawi issue on day one of his presidency should not be anywhere near MoFA (Ministry of Foreign Affairs or the presidency. These are the kind of things you take your time before you make any pronouncements,” arguedMohamed Wehliye, a Kenyan economist and senior advisor to the Saudi Central Bank.

On both occasionswhen Kenya chaired the African Union Peace and Security Council, in 2021 and this year,Nairobi voiced support for SADR’s quest for independence, through a referendum supervised under UN terms.

In March 2021, the PSC chaired by Kenya asked the African Union troika and the AU special envoy for Western Sahara, Joachim Chissano, to “reinvigorate support to the UN-led mediation.”

At the time, however, MrBourita, the Moroccan Foreign minister, wrote to Kenya asking that the discussions be cancelled.

“The theme of the discussions risks provoking severe divisions among the PSC members who would be more comfortable to examine unifying and priority issues, over which there is basic consensus, especially during the challenging period of Covid-19 pandemic,” Mr Bourita argued in a March 1, 2021 letter to Nairobi.

Kenya also chaired another meeting on Western Sahara in February this year “to examine the conditions that have given rise to current tensions and violence and assess whether the policy measures and strategies adopted at the international, regional and national levels are bringing peace to Saharawi.”

Kenya’s declaration, if implemented, upends a decades-old policy by Nairobi, which aligned with the African Union, to have Sahrawi pursue its self-determination, including through a referendum.

The SADR has had a seat at the African Union since 1982 and had for a long time caused Morocco’s withdrawal from the AU, then known as the Organisation of African Unity (OAU, until 2017 when Rabat returned.

The decision means Kenya has joined the US and Israel in recognising Morocco against SADR but it is the only African country to do so publicly.

Some critics warned the move may isolate Kenya on a continent massively behind SADR.

“In the 1980s, whilst the rest of Africa shunned apartheid in South Africa, Kenya and Malawi defied Africa,” said Donald Kipkorir, referring to the Moi era.

“South Africa has never forgiven Kenya. Their President didn’t attend our inauguration. We are making the same mistake in supporting Morocco against the Sahrawi Republic. Kenya is alone in AU,” he said.

It may, however, be Morocco’s latest victory as it seeks support for a UN-led solution “to vacate the AU against any improper attempt to divert the path of unity and fellowship.”

Initially occupied by the Spanish, Western Sahara was claimed by both Mauritania and Morocco.

The dispute between the two sides had been floated in the UN systems, including at the International Court of Justice.

But a referendum meant to determine the future of the region was yet to be organised as both sides disagree on who should participate. 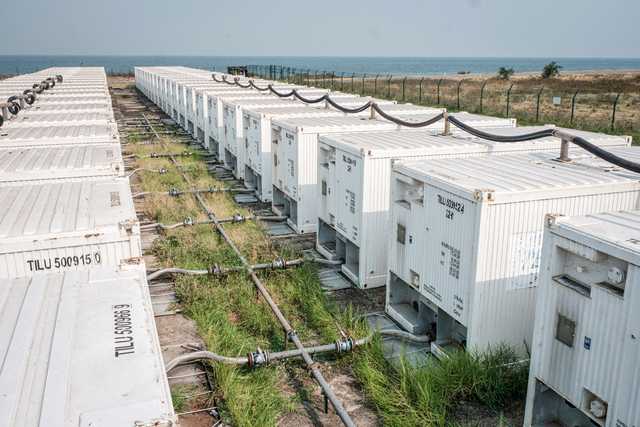