Rwanda’s President Paul Kagame’s comment that he intends to rule Rwanda for the next 20 years has ignited a debate about his intentions to run for a fourth term in 2024.

Asked if he would seek re-election in an interview with French channel France 24 on July 8, the President said: “I would consider running for another 20 years. I have no problem with that. Elections are about people choosing.

He argued that for all the criticism, the country has not been accused of holding unfair elections, unlike “a case going on in an advanced democracy,” in reference to the US.

In Rwanda, many viewed his response as sarcastic and a veiled expression of frustration at the constant question put to him by Western journalists about when he intends to step down but outside the country, it is fuelling speculation that he intends to stay in power for life.

His critics, including exiled Rwandan politicians and rights groups, immediately condemned the suggestion, with Human Rights Watch’s Central Africa director Lewis Mudge telling the BBC that “what comes as a surprise is that some people are indeed surprised.”

“Rwanda is a country where it’s very, very dangerous to oppose the government, let alone to be a political opponent… And this authoritarian system is going to be the system for the foreseeable future,” he said.

But to some Rwandans, the president’s comments were taken out of context.

In an opinion piece published by the pro-governmentnewspaper The New Times on July 12, Joseph Rwagatare, a presidential adviser, accused the media of misleading the public, arguing that “the president responded with devastating sarcasm that he would consider running for the next 20 years.”

“He could have left it at that and it would have served the journalist and others like him right. But the president was generous and offered a detailed explanation of what elections mean and the role and right of citizens in making their choice.”

Although President Kagame’s current seven-year term expires in 2024, he is allowed by the constitution to run for two more terms of five years each till 2034.

While the ruling party Rwanda Patriotic Front (RPF maintains that its flag-bearer will be decided in 2024, analysts do not expect a change of guard then, though they say the final decision lies with the ruling party and the coalition of political parties in Rwanda.

In December 2018, Rwandans voted in a referendum in favour of a constitutional amendment that allowed President Kagame to seek a third term in office. The idea had already been endorsed by Rwanda National Consultative Forum of Political Organisations — 11 political parties that are in coalition with the RPF. Analysts say a change of leadership can only happen if there is consensus between the political parties as well as the electorate.

Yet, ultimately, President Kagame himself will decide. And given that he remains popular, that he will be asked to stand again is a foregone conclusion.

Frederick Golooba-Mutebi, an independent researcher who has extensively worked in Rwanda over the past decade, observed that there is a broad agreement within the country that President Kagame is a good leader who has done very well and has capacity to continue doing that job.

“I know for a fact that that’s not a view (that he should continue held only within the RPF. Even people who wouldn’t be RPF supporters agree with that sentiment; that the country has benefited a lot from his leadership and they would be quite happy for him to continue. Ultimately it becomes his call,” said Dr Golooba-Mutebi.

But the imminent challenge for the RPF is to sustain the gains under the young generation. For one thing, they have to maintain economic development, but perhaps more importantly maintain social cohesion and unity. 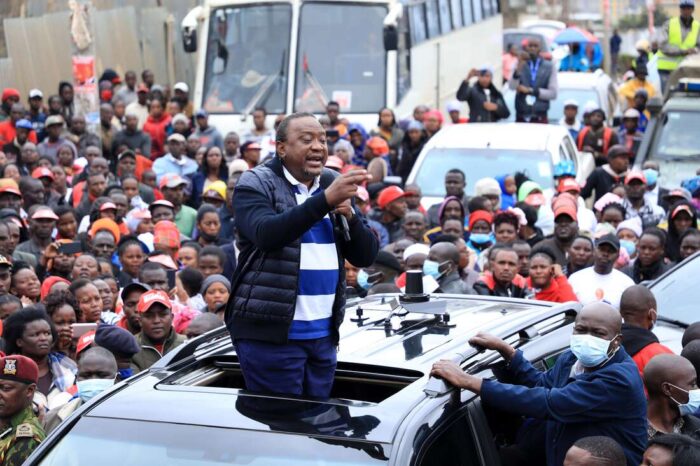