Western allies are now banking on Saudi Arabia’s diplomacy to turn around the crisis in Sudan, which has persisted despite the concerted efforts of regional and international leaders.

This week, Saudi Arabia’s special envoy, Ahmed Bin Abdulaziz Kattan, the Advisor at the Royal Court, toured the Horn of Africa and met with key players in Sudan’s crisis to sell the kingdom’s proposal which has been backed by Washington.

In meetings with officials in Sudan, as well as officials of the Intergovernmental Authority on Development (Igad, the envoy said he was pushing for direct talks between parties in a mediation based on local realities.

“Saudi Arabia welcomes dialogue between the Sudanese process and affirms its support for the Trilateral Mechanism to help achieve stability and encouraging values of consensus,” said Nuur Mohamud Sheekh, spokesman for the Executive Secretary of Igad, after the bloc’s top officials met with the Saudi envoy on Wednesday in Djibouti city.

The Trilateral Mechanism includes joint efforts of the United Nations, the African Union and Igad. The three organisations have been prevailing on Sudan’s protagonists to choose dialogue but have been met with resistance as civilian movements demand no role in the transitional government, something that has created a stalemate.

The Saudi envoy prevailed upon the groups to compromise. On June 9, Saudi Arabia influenced a crucial meeting between representatives of the junta and those of the Freedom and Change Central Committee “to exchange views on how to solve the current political crisis, as well as on a process that leads to a democratic transition,” according to a dispatch from the US embassy in Khartoum, which says it is backing the role of Saudi Arabia to break the stalemate. The Committee had refused any role and meeting with the mediator initially.

“We welcomed their stated commitment to put the nation’s interests first and to engage other stakeholders,” the US mission said. Washington has clarified, however, that it was not pushing for parallel mechanism to that of the UN-AU-Igad but was only meant to build trust between parties that haven’t met for a while.

Saudia has enjoyed good ties with the transitional government and has led a coalition of countries including Germany and the US under the banner of ‘’Friends of Sudan’’ to raise funds to rebuild the country’s economy. But most donors have somewhat frozen funds to await a political solution.

This week, the Mechanism had begun on another low point after civilian movements stayed away from sessions held in Khartoum.

Washington said it supports the Mechanism “towards a civilian-led government and support for the AU-UN-Igad process.”

Saudi Arabia’s role is considered crucial for ending the boycotts by civil societies but Washington is still adamant that the transitional government must be civilian-led. 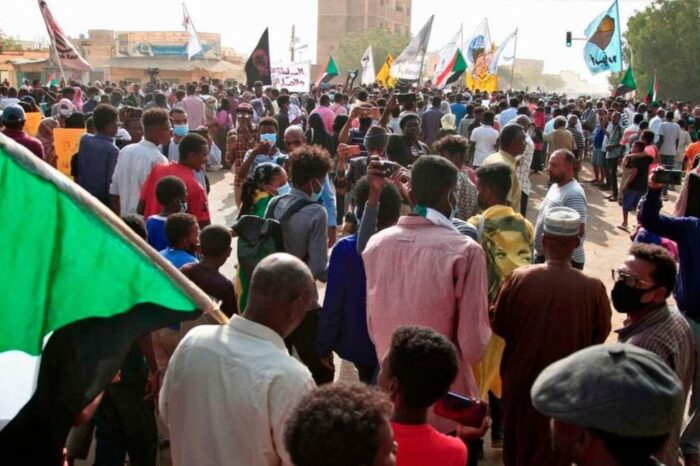