A government-backed taskforce on political reform in Tanzania has accepted some of opposition demands for an independent electoral commission but rejected the idea of drafting a new constitution.

The team’s proposals also support the lifting of a ban on political rallies ahead of the next General Election in 2025 but with conditions to the political players.

In its final report delivered to President Samia Suluhu Hassan on Friday, the taskforce also suggested that the entire constitutional overhaul that has also been a key opposition agenda might still take longer to be sorted out.

Prof Rwekaza Mukandala, the taskforce’s chairman, said the National Electoral Commission should not be answerable to any government agency and an “independent” committee led by the Chief Justice be formed to vet applications for selection of NEC commissioners.

All Tanzanian citizens should also be eligible to apply but the committee’s recommendations should still be submitted to the president who will have the final say on the NEC’s actual composition, Prof Mukandala’s team proposed.

On constitutional reforms, Prof Mukandala said the task force’s six-month process of collecting public views from March to September this year had revealed “deep divisions” among Tanzanians over whether to adopt a new constitution or simply amend the current one dating back to 1977 so that it falls in line with subsequent political developments including the advent of multipartyism.

“A good number of interviewees highlighted the costs involved in preparing a fresh Katiba Mpya (new constitution draft, and others said previous drafts could be used as a starting point even though the last one is already eight years old and was prepared two elections ago,” he said.

On political rallies, it said parties across the spectrum should be allowed to resume both public and internal meetings without hassle, once relevant laws governing political party activities and police operations are amended accordingly.

Political rallies were banned by the late former President John Magufuli in 2016 in a move meant to clamp down on dissent. This was in spite of such rallies being permitted by both the current constitution and the Political Parties Act.

The task force proposed a national dialogue to agree on key issues in the current constitution that need to be reviewed or changed, citing the Union structure between Tanzania mainland and Zanzibar as its prime example.

The president should then appoint a new “panel of experts” to use the recommendations from the dialogue in preparing another constitutional draft, whether new or based on previous drafts, which will eventually be presented to parliament for endorsement.

However, Prof Mukandala did not give any timelines for this potentially lengthy process to be completed.

Speaking after the task force’s presentation, President Suluhu avoided mentioning the constitution issue directly but noted that the recommendations included such a large number of law changes and new task forces that it could take the government some time to get everything organised.

She also said the task force’s proposals, while useful as a whole, should not be construed as “directives to the government”.

“Many of these proposals are related to amending existing laws which will mean the government having to incur big expenses. There are budget issues to be considered here and since the current (2022/2023 budget has already been passed, some things might have to wait until the next budget (2023/2024,” the president stated.

Echoing the task force’s views, she said various laws have to be revised before political rallies could be allowed to resume.

“As things stand, the current laws give the police enough leeway to keep intervening as they see fit. But these are laws that can be fixed quickly because even us in government will receive credit if political rallies are allowed again,” she said.

Opposition parties in Tanzania have for years complained about the lack of a level political playing field especially during elections and the situation was further exacerbated during the Magufuli era when the civic space was squeezed even tighter.

Key issues of the country’s ongoing democratic reforms agenda are the New Katiba, electoral commission’s independence and the ban on political rallies.

Respondents during the collection of views from public included former senior government and CCM leaders and representatives of other social groups including opposition parties, civil society, religious leaders of both, the private sector and the business community. 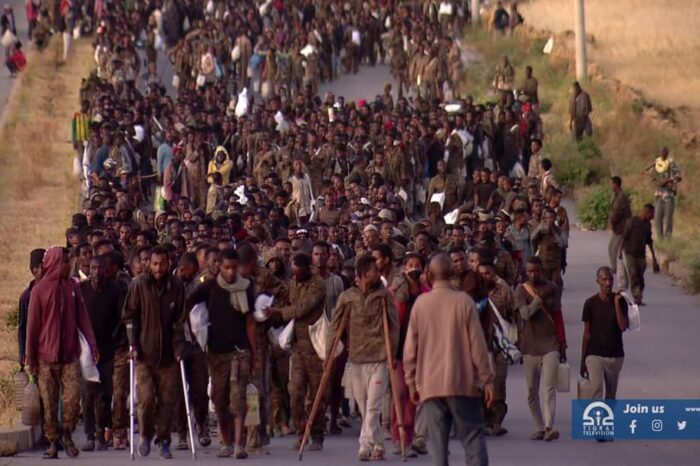