Tanzania President Samia Suluhu is rallying African policymakers for a continental protocol, specially addressing the protection of women from harassment and other barriers, to complement the Africa Continental Free Trade Area agreement (AfCFTA.

President Suluhu, who is also the champion of the AfCFTA, says the continent must give priority to girls’ education in addition to eliminating barriers that hinder women from cross-border trade.

“When our people approach regional or international markets, they encounter too many permits, licensing and other such requirements. If the whole of Africa works to remove all these non-tariff barriers then business will grow all-around,” she said.

The Tanzanian leader was addressing a gathering of African women leaders in Dar es Salaam last Monday, where they drew up a roadmap for the AfCFTA Protocol on Women and Youth in Trade.

Participants unanimously agreed that women and youth needed to be prioritised for opportunities under AfCFTA as key drivers of intra-Africa markets and they tasked governments to enact better laws and policies to allow this.

The Protocol on Women and Youth in Trade aims to increase women and youth engagement in cross-border business, particularly small and medium enterprises in sectors such as agriculture, manufacturing of textiles, tourism services, informal trade and professional services.

The protocol is one of several under the AfCFTA that will be based on regulatory cooperation between member states using their own domestic laws and institutions rather than blanket harmonisation. Other protocols of a similar nature are on trade in services, investment, competition, protection of intellectual property rights and digital trade.

AU Commission deputy chair Monique Nsanzabaganwa, urged governments, central banks, commercial lenders, women and youth networks, and donors to “subscribe” to the AU’s Women and Youth Financial and Economic Inclusion initiative that seeks to provide up to $100 billion for financing to at least 10 million African women and youth entrepreneurs by the end of 2030.

The initiative also seeks to secure increased representation of women and youth in leadership and public procurement. 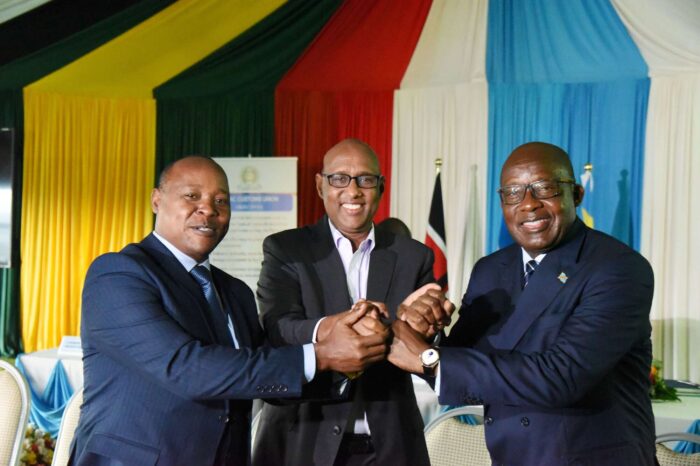