Three of the four electoral commissioners who questioned the validity of Kenyan President William Ruto’s victory in the August election have resigned, avoiding a controversial investigation into their conduct by a tribunal.

The Independent Electoral and Boundaries Commission (IEBC vice-chairperson Juliana Cherera, commissioners Justus Nyang’aya, Irene Masit and Francis Wanderi, were due to start appearing before the tribunal led by a Court of Appeal judge Friday after their suspension by President Ruto last week.

Commissioner Masit had yet to issue a personal statement on whether she would resign or face the tribunal, but her lawyer indicated in a tweet that she would be moving to court to challenge her suspension.

The decision by her three colleagues to throw in the towel is, however, seen as a personal victory already for the president, who labelled them “rogue” and appeared determined to oust them from the electoral commission at all costs.

President Ruto and his allies have accused the Cherera Four, as the four dissenting commissioners are commonly referred to in the media, of having risked fanning political violence in August by describing the results used by IEBC chairman Wafula Chebukati to declare the winner of the election as opaque. The former commissioners have defended their decision, saying it was made in good faith. Their exit after serving for only 14 months sets the stage for another overhaul of Kenya’s electoral management body, which has overseen four disputed presidential elections in the past 15 years and is prone to factional fallouts.

The terms of the three remaining electoral commissioners, including chairman Chebukati, expire next month and the opposition sees the ouster of the Cherera faction as a part of a scheme by President Ruto to influence the selection of a new team ahead of the 2027 elections.

Efforts by the opposition Azimio coalition, led by former prime minister Raila Odinga who lost to President Ruto by a narrow margin in the last election, to save the four electoral commissioners in Parliament failed after a series of defections by its MPs tilted the power balance in favour of the government.

Azimio MPs boycotted the parliamentary committee hearings on petitions seeking to have the officials removed, describing it as a kangaroo court.

They have also dismissed, without giving evidence, the tribunal chaired by Justice Aggrey Muchelule as having a pre-determined agenda.

Justice Muchelule was one of six judges appointed by President Ruto on his first day in office on September 13, ending a wait after former President Uhuru Kenyatta rejected their nomination to the Court of Appeal and the High Court by the Judicial Service Commission.

The president didn’t give reasons linking the judges to any wrongdoing, only alluding to some issues raised by the intelligence agency in comments at a public meeting.

But the involvement of Parliament and the Judiciary in the ouster of the Cherera Four, while legal, has ended up feeding the political narrative being advanced by the opposition that the Ruto administration is moving to capture independent institutions and reversing democratic gains achieved with the promulgation of the 2010 Constitution.

It could also create a new political headache for the government, with the opposition — outnumbered in Parliament and distrustful of the courts — appearing keen to take their political grievances to the streets where some of Kenya’s most potent reform movements have been built up.

The form and shape of the emerging reform movement are likely to become clearer in the coming weeks and months.

Mr Odinga earlier in the week held the first public rally at the historic Kamkunji grounds during he issued fresh demands to President Ruto’s administration. 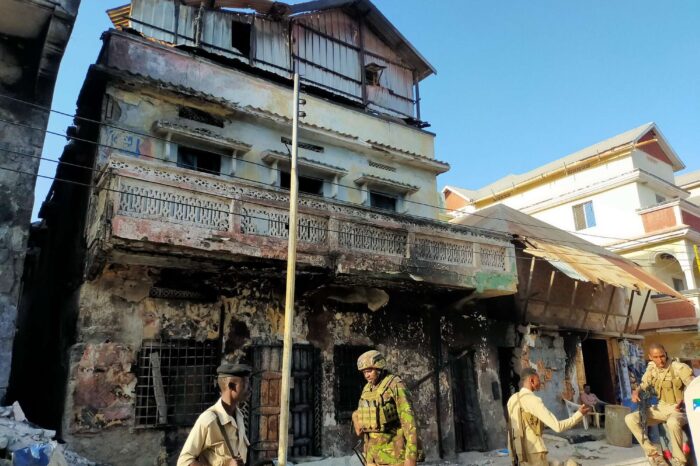