Uganda’s Gen Muhoozi Kainerugaba has apologised to Kenyan President William Ruto over tweets he sent out recently about Kenya that kicked off a massive diplomatic storm.

Late Thursday evening, Gen Muhoozi posted on his Twitter page, “I have never had any problem with Afande Ruto. If I made a mistake anywhere, I ask him to forgive me as his young brother. God bless East Africa.”

I have never had any problem with Afande Ruto. If I made a mistake anywhere, I ask him to forgive me as his young brother. Godbless East Africa! pic.twitter.com/5LuzVabLKz

Uganda’s Agriculture Minister and a close friend of Gen. Muhoozi thanked the general for publicly apologising.

“Thank you Gen. Kainerugaba for this statement to try and clear any would be misunderstanding. I, personally, know how far back your friendship with H.E William Ruto goes. Both Excellencies Ruto and Uhuru Kenyatta are great friends of Uganda. Ni marafiki wetu wazuri (They are our good friends,” he said.

Last week, Gen. Muhoozi caused a diplomatic storm following a series of his tweets viewed as condescending to Kenya and President Ruto.

As the third top commander of Uganda’s army at the time, the tweet was taken as a serious threat that compromised their territorial integrity.

In one of the tweets, Gen. Muhoozi tweeted again saying Kenya’s retired president Uhuru Kenyatta should have amended Kenya’s constitution and sought a third term, which some analysts took as a direct attack on President Ruto who was recently sworn in as president following the August 9 General Election.

“Haha! I love my Kenyan relatives. Constitution? Rule of law? You must be joking! For us (Uganda, there is only the revolution and you will soon learn about it!”

Gen Muhoozi also said he and his army could capture Nairobi in less than two weeks.

“After we capture Nairobi, where should I live? Westlands? Riverside?” He said, adding, “I am happy that members of our district in Kenya have responded enthusiastically to my tweet. It’s still two weeks to Nairobi.”

Following the tweets and the reactions from Kenyans and Ugandans, Uganda’s Foreign Ministry quickly issued a statement disassociating itself from the tweets, saying they do not conduct their affairs on social media and assuring Kenya that Kampala is committed to the long-standing good neighbourliness that has existed for decades.

Reacting to the tweets, Mrs. Margaret Muhanga, State Minister for Health and a close friend of the general, said Kenyans had taken Muhoozi’s tweets too far. She said Muhoozi is a jolly person, who would not have meant serious attack on Kenya.

In less than 48 hours, Gen. Muhoozi announced he would soon be leaving his post in the army and edited his Twitter account, removing the title of land forces commander, before the communication came in hours later from the Uganda army spokesperson, Brig. Gen. Felix Kulayigye, announcing that Muhoozi has been moved from the post.

His father, President Yoweri Museveni, later issued an apology to Kenya for his son’s conduct.

“I ask our Kenyan brothers and sisters to forgive us for tweets sent by General Muhoozi, former Commander of Land Forces here, regarding the election matters in that great country. Very sorry, ndugu zetu Wakenya (our brothers, Kenyans. Also sorry to the Ugandans who could have been annoyed by one of their officials meddling in the affairs of brother Kenya,” Museveni said.

However, in the same statement, Museveni promoted Muhoozi from Lieutenant General to full General. 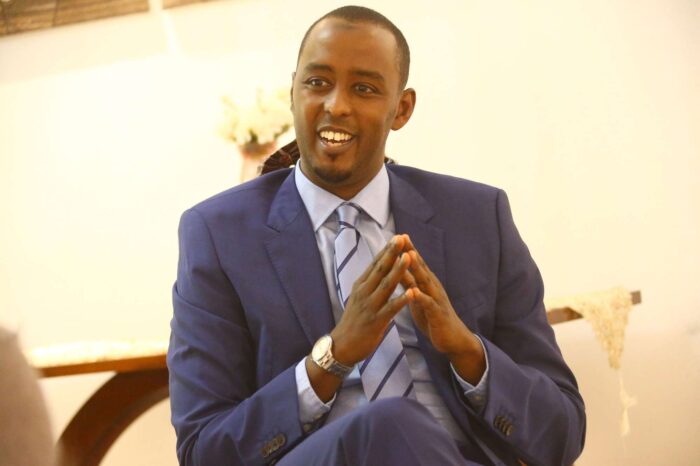