Veteran Ugandan opposition leaderKizza Besigye has been charged a second time with inciting violence and remanded to custody barely a week after being released on bail.

A long-time critic of President Yoweri Museveni, Dr Besigye, 66, has been leading protests against inflation which has hit Uganda hard as food prices soar due to the war in Ukraine.

Read:Uganda’s Kizza Besigye out on bail

The four-time presidential candidate was arrested on Tuesday for allegedly inciting violence, the second time he has been slapped with that charge in recent weeks.

A heavy police deployment including military police was seen at the Buganda Road Court as dozens of people waited to see Dr Besigye presented before the court.

Before the court session at around 5 pm began, the security personnel erected several checkpoints,restricting people seeking to enter the court premises.

At about 5.30 pm, security personnel dressed in civilian clothes, some members of Parliament, lawyers and other officials from the Forum for Democratic Change party sat in courtroom 4and waited for the magistrate to read charges against the accused persons — Dr Besigye and Mr Samuel Lubega Mukaku.

At exactly 5.56 pm, Magistrate Asuman Muhumuza entered the courtroom and read the charges to the accused persons.

“Court heard that on June 14, 2022, at Nakivubo in Central Division, Kampala, Besigye, without lawful excuse at an assembly made statements to the members of the public, indicating or implying that it would be desirable to demonstrate, an act which was reportedly calculated to lead to destruction or damage to property,” Mr Muhumuza read.

He later rejected the bail application for the accused persons, reasoning that it was past court time.

But this was met with protests from supporters of the accused persons, including the defence team led by Mr Erias Lukwago. However, his plea fell on deaf ears as Mr Muhumuza adjourned the matter to June 17 and remanded the accused to Luzira prison.

Speakingafter the court session, Mr Lukwago said the magistrate should not have handled the case if he knew it was late.

“This was a travesty of justice. The two were produced in court late evening and the magistrate knew there was limited time for their defence lawyers to put in bail applications and remanded them until June 17,” he said.

“I will forward a complaint to the Judicial Service Commission over the magistrate’s conduct,” he said.

Dr Besigye was arrested on Tuesday from downtown Kampala while protesting against high commodity prices and taken to Nagalama Police Station in Mukono District.

This was the second time Buganda Road Court was remanding Dr Besigye in a period of less than a month on similar charges.He is expected to appear before the same court on Friday on the first case of inciting violence for which he was given court bail last week.

Dr Kizza Besigye, the leader of the People’s Transition Group, is attempting to mobilise Ugandans to rise up against the high cost of living, which he says is affecting vulnerable citizens. Dr Besigye also wants the government to cut down on what he calls extravagant expenditure.

As discontent has grown over rising prices in the country of 45 million, President Museveni has repeatedly ignored calls for tax cuts and subsidies, urging citizens to live frugally instead.

In his annual state of the nation address last week, Mr Museveni said that “cutting taxes and subsidies, especially on imports, is suicidal because our people may buy carelessly and we end up draining our forex (foreign exchange reserves.”

Read:Museveni’s address: No govt intervention amid high cost of living 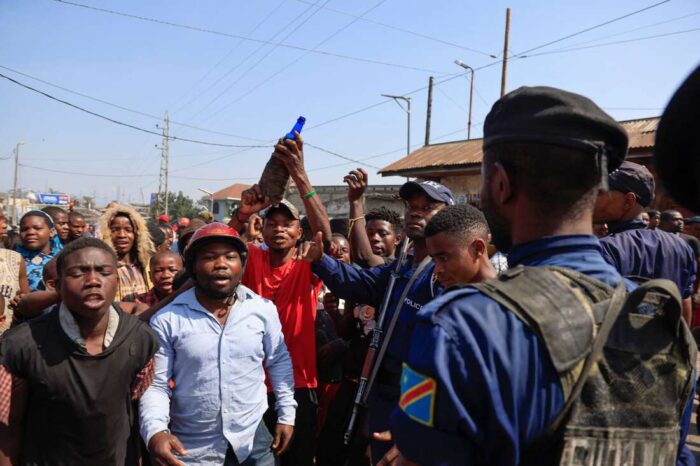