‘War is not over’: Tensions simmer over Karabakh road blockade

Ruzan Hovhanisyan fears that she will have to ring in the New Year without her family in the breakaway region of Nagorno-Karabakh due to a blockade by arch-enemy Azerbaijan.

The mood in the Armenian-populated breakaway territory has been anything but festive.

The region of around 120,000 people is running short of food, medicines and fuel, and Armenian authorities have accused Azerbaijan of orchestrating a full-blown humanitarian crisis in Karabakh in the latest spike in decades-long tensions between the two ex-Soviet nations.

Since mid-December Azerbaijanis have been blocking a road to protest what they claim is illegal mining causing environmental damage in Karabakh.

Baku claims the protests are spontaneous but Yerevan accusesAzerbaijan of orchestrating the demonstrations in order to push Armenians to abandon the disputed territory.

“My whole family is in Stepanakert,” Hovhanisyan said, referring to Karabakh’s main city. “How can I eat if my loved ones go to bed hungry?

“Azerbaijan is playing with the lives of ordinary people,” she added.

Earlier this month the 39-year-old woman went to the Armenian capital Yerevan on a work trip but is now unable to return home.

Another Stepanakert resident, Ashot Grigoryan,described the situation as “very serious.”

“I went to a store, everyone gets just half a kilo of sugar,” the 62-year-old told AFP. “The shelves are nearly empty, it’s good that there is still bread.”

Azerbaijan and Armenia fought two wars over Karabakh. When the Soviet Union collapsed in 1991, ethnic Armenian separatists in Karabakh broke away from Azerbaijan. The ensuing conflict claimed around 30,000 lives.

Another flareup in violencein 2020 claimed more than 6,500 lives and ended with a Russian-brokered truce that saw Yerevan cede territories it had controlled for decades.

Now Armenians are accusing Azerbaijani authorities of waging a war of a different kind and seeking to push Armenians to leave Karabakh for good.

“We understand that the war is not over,” said Grigoryan.

‘How can we live together?’

On Sunday, Stepanakert’s main Renaissance Square was flooded with thousands of people protesting the blockade.

The United States and France have urged Azerbaijan to “allow free movement along the Lachin corridor.”

Since December 12, Azerbaijani activists have been blocking the Lachincorridor, the only land link to Armenia, to protest what they claim is illegal mining.

Dozens of Azerbaijani activists have set up tents several kilometres from Stepanakert.

Armenian Prime Minister Nikol Pashinyan has accused the Russian peacekeepers deployed along the Lachin corridor of failing to prevent the “illegal blockade.”

On a visit to the scene on Monday, an AFP reporter saw activists hold placards that read “Stop ecological crimes.”

The activists denied blocking the road.

“Our sole demand is that the illegal use of our natural resources be stopped,” one of the activists,Jamila Mamedova, told AFP.

She said the activists allowed the movement of humanitarian aid but admitted that there had been no movement of civilian transport from or to Armenia since the start of the protests.

Another Azerbaijani activist, Salam Suleymanov, denounced as “false” the reports of the Karabakh’s blockade.

AFP witnessed an unhindered movement of Russian military transport along the Lachin corridor. The reporter also saw that the road was blocked near a Russian checkpoint, some 15 kilometres from Stepanakert.

The blockade has led humanitarian aid groups to bring goods to the enclave.

Zara Amatuni, a spokeswoman of the Red Cross office in Armenia, told AFP on Monday that the group had delivered 10 tonnes of aid provided by Yerevan’s government.

Residents of Stepanakert say they do not understand how they can carry on living like that.

“Many of my friends and relatives died, and in Karabakh we have no idea how we can live together with the Azerbaijanis,” said Hovhanisyan. 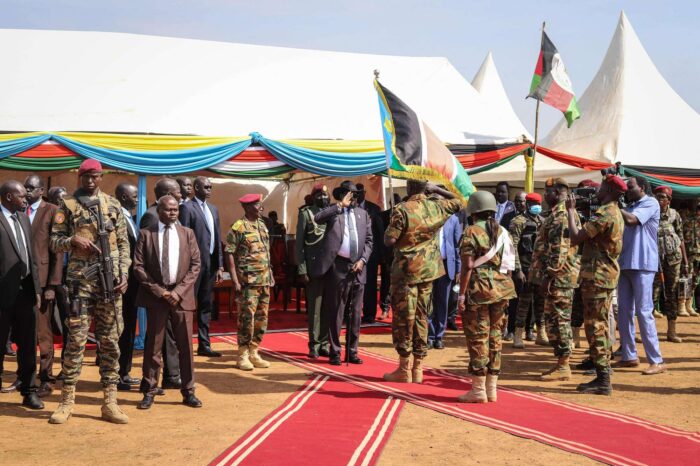