Why Security in the Horn banks on development

Long-held views of the African Union under its ambitious Agenda 2063 hold that long-term security in the Horn of Africa must come from beneficial development to communities.

However, experts gathered at a workshop in Nairobi to debate the issues had various views on whether wars in the Horn should be ended first before roads and bridges are built, or whether lack of this infrastructure had, in fact, made resolving these conflicts difficult.

“Solving conflicts is the easier part. Keeping the peace long-term needs development,” said Dr Erastus Mwencha, a Deputy Chairperson of the African Union until 2017 during whose tenure Agenda 2063 was launched at the AU to pursue, among other things, silencing guns and more regional integration between African Union member states.

Interventions in regional conflicts, he told the workshop hosted by the Africa Policy institute and the Chinese Embassy in Kenya, had fallen short of expectations, leading to a vicious cycle. But the problem is not always for want of solutions, rather, a competing range of offers to resolve them.

For a conflict to be resolved peacefully in the Horn, the competing interests will have to work with local regional blocs, he argued. Yet the Horn of Africa is also a major strategic point in global commerce and security.

Early this year, the Chinese, appointed their first Special Envoy for the Horn of Africa, Mr Xue Bing, to help bring Beijing’s ‘Initiative of Peaceful Development in the Horn of Africa.’ Beijing joined the US, European Union and other world powers in having a diplomat focused on the Horn. But, according to Chinese Ambassador to Kenya Zhou Pingjiang, that Initiative will not be imposed, even though he said China will play a “constructive” role to bring peace.

China’s proposal for the Horn, he argued, is to ensure sustainable security while respecting sovereign rights of the countries by staying “committed to taking the legitimate security concerns of all countries issues, peacefully resolving differences and disputes between countries, and maintaining security in both traditional and nontraditional domains.”

“This important initiative gives explicit answers to questions such as what security concept the world needs, and how countries can achieve common security,” he said on Thursday.

In the Horn, however, the conflict is not just a state problem. Non-state actors like terrorists or other armed groups continue to erupt in Somalia and Ethiopia, with effects spilling over to neighbours.

Prof Peter Kagwanja, the CEO of the Africa Policy Institute, argued that the region must expand the definition of the Horn to cover all areas sharing common problems such as terrorism, conflict and insurgency, arguing that development in the wider eastern Africa region has been “held hostage by spiralling terrorism and conflict.”

The countries in the Horn, including South Sudan, Somalia and Ethiopia, have been a subject of various recent UN Security Council Resolutions, but which have not brought permanent solution.

The experts said one of the lingering problems in the Horn is peace processes that ignore local realities, including by leaving out crucial constituencies.

“We have learnt over the years that peace processes require inclusivity, and clear agenda setting from the start,” said Mohamed Guyo, the Special Envoy for the Red Sea, Gulf of Aden and Somalia at the regional bloc, Intergovernmental Authority on Development (IGAD.

He argued that the peace processes that “minimise the agenda of development” hardly succeed.

His proposal is that countries need not wait for full peace to launch development. They can conduct “in conflict development” such as in Somalia where crucial infrastructure can be established in areas where al-Shabaab is defeated. 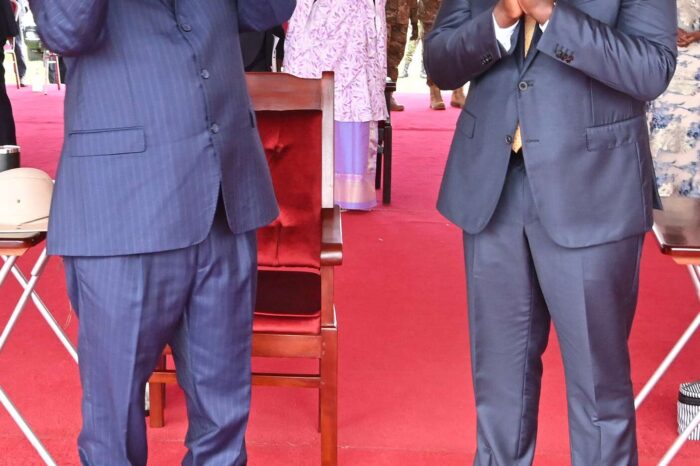